France is Germany’s most important cooperation partner among EU member states. Close cooperation exists in many areas and at different levels: between ministries, research, educational and scientific organisations and in projects. Numerous and diverse cooperation activities have developed between Germany and France in the last 60 years. 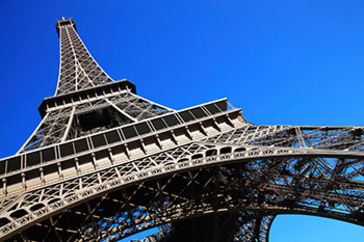 The German and French cabinets met at the Franco-German Council of Ministers on 31 May 2021 in Berlin. They reaffirmed their determination to work even more closely together and to engage jointly for a strong, future-oriented and sovereign Europe. Germany and France are jointly developing solutions for the most important future-oriented topics such as cyber security, new communication technologies and artificial intelligence. The topics of quantum computing, health, climate and a sustainable energy supply also play a major role in the cooperation. Outstanding examples from the large number of projects and initiatives are the joint engagement in the Franco-German Forum of the Future and the new German-French cooperation in West Africa. Learn more…

The International Bureau at the DLR Project Management Agency supports the Federal Ministry of Education and Research in Franco-German cooperation and in particular in the preparation, implementation and follow-up of events.

The German-French cooperation is based on the “Cultural Treaty between the Government of the Federal Republic of Germany and the Government of the French Republic”, which became effective in 1955. On 22 January 1963, the Elysée Treaty was signed between Germany and France. Several treaties and agreements supplement this treaty, which have been concluded between the ministries responsible for research and between the major German and French research organisations since then.

With the Treaty of Aachen, signed by Chancellor Merkel and President Macron on January 22, 2019 and which came into force in January 2020, both countries reaffirmed the importance of this cooperation and made it clear that cooperation between the two states will become even more intense in the future.

At the Franco-German Council of Ministers on 16 October 2019 in Toulouse the deepening of cooperation in education, research and innovation was reaffirmed and the "German-French Declaration of Toulouse" was adopted. The stronger networking of the education systems and universities as well as joint research were defined as priorities for the cooperation. Other important topics of cooperation are the research for climate protection, the European university alliances and artificial intelligence, for which a joint roadmap for the development of a virtual research and innovation network was signed. The exchange of students and trainees is also one of the priorities.

The last Franco-German Council of Ministers took place on 31 May 2021 in Berlin (virtually) with a meeting of the German and French cabinets. The well-advancing implementation of the Aachen Treaty was acknowledged, new priority projects were identified and the Franco-German Declaration of Berlin was endorsed. Within the framework of the Council of Ministers, the two research ministers also exchanged bilaterally on important cooperation topics in the field of research and innovation.

The brochure „50 years of German-French cooperation in research, technology and innovation“, which was published in 2013 on the occasion of the 50th anniversary of the signing of the Elysée contract, offers a good overview of close German-French relations in research and education.

At the Franco-German Council of Ministers in 2019, a roadmap for a German-French Research and Innovation Network in the field of Artificial Intelligence (AI) was signed. It is underpinned by the Declaration of Intent signed by the BMBF and MESRI in April 2020. It foresees the cooperation of the German AI competence centers and the DFKI with the new French interdisciplinary institutes for artificial intelligence (3IA). A bilateral funding announcement was published in October 2020, under which 20 high-quality collaborative projects will be funded in two funding lines with a total funding volume of around 12 million euros.

The German-French Initiative MOPGA is a bilateral scholarship programme for international scholarship holders in climate, energy and earth system research and goes back to an initiative of French President Emmanuel Macron. It enables cutting-edge research on the Paris climate goals at German universities and research institutions, contributes to the sustainable networking of researchers and thus strengthens international research through German-French. conferences and working meetings. With the application-related and innovative research results, recommendations for action for climate policy decision-makers are formulated. 13 projects are funded by Germany and 42 projects by France. The kick-off conference took place on 1 October 2019 in Paris in the presence of Minister Karliczek and Minister Vidal.

German-French Forum of the Future

The German-French Forum of the Future, founded in 2020 and led by the BMBF (France: Ministry of Foreign Affairs), is one of the 15 “Franco-German priority projects” agreed in the 2019 Aachen Treaty. It describes and drives transformation processes in society in Germany and France. The dialogue between local and regional initiatives is promoted in France and Germany and specific political recommendations for action are developed.

In the 2019 Aachen Treaty, France and Germany agreed to develop a roadmap for closer cooperation in the field of research and academic capacity building with the involvement of other European partners and the joint European program planning initiative "JPI Climate". The measures are intended to promote climate-resilient development with partners in the West Africa region.

The Centre Marc Bloch (CMB) is a Franco-German research center for social sciences that was founded in 1992 and conducts interdisciplinary research and promotion of young people in the humanities and social sciences with research topics in Central and Eastern Europe. Since 2011, the CMB has been closely linked to the Humboldt University in Berlin as an "affiliated institute" through a cooperation agreement. In March 2015, the CMB received its own legal personality as a registered association with joint German-French sponsorship.

The stated target of the vocational education and training cooperation is to further strengthen the mobility of students and apprentices between Germany and France using the European education and youth programme Erasmus+ and ProTandem, the German-French Agency for exchange in vocational education. The aim of the exchanges made possible by ProTandem is to enable a working stay of the participants in the other country and to strengthen skills in professional, linguistic and cultural areas. Since 1980, the programme has supported the exchange of around 110,000 trainees.

The Fora for Franco-German Research Cooperation, which have taken place since 2002, are of key importance in the bilateral cooperation. The goal of these for a is to coordinate Germany’s and France’s research and innovation policy strategies and priorities at high level. Following the fora in Paris (2002, 2008, 2014), Potsdam (2005) and Berlin (2011), the  6th Franco-German Research Cooperation Forum ttook place in June 2018 in Berlin. The Forum was attended by over 150 people, including senior members of all German and French research and intermediary organisations, university rectors and high-level experts. Federal Research Minister Anja Karliczek and her French counterpart Frédérique Vidal opened the forum and signed a Memorandum of Understanding with a package of measures to be implemented in a timely manner with key themes for the coming years: health and energy research, IT security research and the humanities and social sciences.

Background information on the research landscape

In November 2020, the law on programming for research and higher education for 2021 to 2030 with a corresponding financial framework of 25 billion euros and accompanying reforms was endorsed ("Loi de programming de la recherche pour les années 2021 à 2030").

France and Germany play a key role in the European Union research funding programmes. In the EU Framework Programme Horizon 2020, 90 percent of projects include German-French involvement in the New Materials and Nanotechnology areas, the figure is 80 percent in the field of Health and Transport.

At the strategic level, both countries also cooperate closely as powerhouses of Europe, such as in the design of the European Research Area and in many EU Member State committees. Germany and France are involved in a large number of major European initiatives and networks, such as Joint Programming Initiatives, ERA networks, European Technology Platforms (ETPs), European Infrastructure Consortia (ERICs) and Knowledge and Innovation Communities (KICs).