The three countries Estonia, Latvia and Lithuania are often referred to collectively using the political term “Baltic states”. Together, these states have a population of around seven million and boast a long tradition of positive relations with Germany. After the economic crisis of 2008, the economies of the Baltic states have again stabilised, and they count among the few Euro countries that meet the Maastricht convergence criteria. 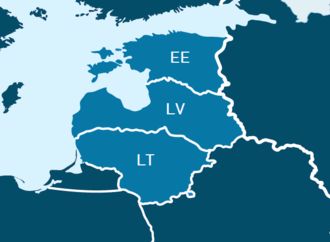 As part of the German government’s 'Strategy for the Internationalisation of Education, Science and Research', the Federal Ministry of Education and Research (BMBF) supports cooperation between German researchers and scientists and their counterparts in Estonia, Latvia and Lithuania.

Current developments have shown that the Baltic region is a European heavyweight. Germany is also benefiting from the economic boom in the Baltic. This is highly significant for the export industry, particularly in the north German states.

Estonia, Latvia and Lithuania offer ideal access to the Baltic region. The primary goals of the three countries are to develop a free, open market economy, open up internationally within the EU, reform the science and research landscape and strengthen innovation. In the years since gaining independence, the Baltic states have completely transformed their economies and science systems and earned full membership of the European Union.

The partnership between Germany and the three Baltic states involves many stakeholders in various areas. Germany’s cooperation with the Baltic republics in the fields of education and research started to assume significant proportions in 1994, has developed constantly ever since and is still intensifying today.

The projects implemented in the main R&D areas of materials research, information and communication technology, environmental research and technology, bioscience and technology, physical/chemical technologies and health research frequently form the basis of German and Baltic involvement in EU projects. Multilateral events and cooperation between German, Baltic and Scandinavian partners are also worthy of mention.

The Baltic states wish to expand the cooperation with Germany even further. The goal is to channel cooperation further in the future, align the respective bilateral and multilateral requirements and set up working groups for scientific and technical cooperation with alternating meetings.

From 2004 to 2014, the BMBF ran the funding programme 'International Cooperation in Education and Research; Central, Eastern, and South Eastern European Region' ('regional call for proposals') with the aim of promoting projects involving German scientists and partners from Central, Eastern and South Eastern Europe. The goal of these projects is a joint project proposal for the BMBF’s funding programmes or the European Union’s 7th research framework programme. Numerous consortia from Germany and partners from Estonia, Latvia and Lithuania sent project applications in response to this call for proposals. With the follow-up instrument 'CEC/SEC Call for Proposals' the BMBF offered support to German candidates preparing EU funding applications for projects with partners from the Central Eastern and South Eastern European countries.

Estonian, Latvian and Lithuanian institutions and partners from Poland and the Nordic countries participated in numerous projects as part of the funding programme 'Ideas competition to establish and expand innovative R&D networks with partners in the Baltic Sea Region – Circum Mare Balticum' ('Baltic Sea – call for proposals') which was announced by the BMBF in 2010 and is designed to initiate interdisciplinary, innovative R&D networks in the Baltic region with the participation of all Baltic states. The projects funded by the programme concentrate on energy research, environmental research and technologies, ICT, marine research, innovation, health research and biotechnology. The objectives of the new funding programme, which resumed in 2011 and 2013, are to exploit innovation potential through international cooperation and to enhance the international competitive advantages of German companies and research institutions in the Baltic region together with their partners.