For many years, Switzerland has been one of Germany’s ongoing partners in cooperation in education and research. This is true for bilateral cooperation, but also for collaboration at European and international level. 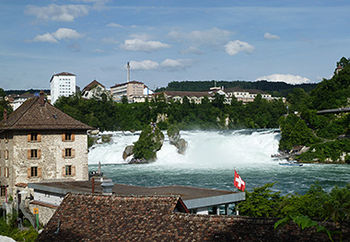 The cooperation between Germany and Switzerland largely takes place in a direct exchange between the different research institutions or individual researchers, without the need for special state-supported contact initiation.

Germany and Switzerland have many things in common, creating a strong bond between them in their bilateral cooperation in research and education. This is true not only of their cooperation at European level, but also of the German-Swiss consultations that take place on a regular basis. At the ministerial meeting with the former Federal Councillor Dreifuss in September 2000, members of the ministries and research institutes agreed to hold this bilateral meeting annually. The eight meeting of this kind took place in Lugano in Switzerland in November 2014. A next meeting in Germany is planned. The consultations serve as a platform for sharing ideas on bilateral issues as well as on topics addressed in the various European committees that Switzerland participates in.

At European level, there are currently certain restrictions to the cooperation because of Switzerland’s immigration decision in February 2014. As a result, Switzerland ceased to be an associated country and is no longer able to participate in EU programmes with the same rights as previously.

On 12 September 2014, the EU and Switzerland agreed a part-association treaty, which became effective on 15 September 2014 and applies until the end of 2016. This means that researchers in Switzerland can again participate in all activities of the 1st Pillar of Horizon 2020 as equal partners (ERC grants, Marie-Sklodowska-Curie measures, Future and Emerging Technologies (FET) and research infrastructures). In addition, the State Secretariat for Education, Research and Innovation (SBFI) finances researchers in Switzerland where their participation in joint projects as part of Horizon 2020 is not funded by the European Commission. The same process is used for the Erasmus+ programme. A new solution will have to be found for the period after 2017.

The cooperation with Switzerland is characterised by involvement in major multilateral joint projects, where the research is normally carried out by at least three partner countries. The following areas are currently priorities:

The 2nd German-Swiss Innovation Forum on “Medical Technology” took place in Erlangen On 25/26 March 2014, after Federal Minister for Education Schavan and Federal Councillor Schneider-Ammann had together opened the 1st forum of this kind on “Sustainable Mobility” on 28 November 2011. The goal of these forums was for the two countries to intensify their bilateral and, in particular, cross-border cooperation in electromobility and medical technology and to create new impulses for the future.

Switzerland and Germany work closely together on bilateral and multilateral projects. The Federal Ministry of Education and Research (BMBF) and a number of German scientific and funding organisations are involved in these projects.

A particular highlight is the cooperation of the German Research Foundation (Deutsche Forschungsgesellschaft - DFG) in the Alpine region as a whole: In May 2003 the presidents of the DFG, the Swiss National Fund (SNF) and the Austrian Science Fund (FWF) signed a "D-A-CH agreement on mutual opening and cross-border funding" in line with the principles of "Money follows researcher" and "Money follows cooperation line". This was followed in May 2008 by the "D-A-CH Lead Agency Process" with an "Agreement on the unilateral administration and mutual recognition of the assessment processes for D-A-CH projects". This is now a tried and tested process and the submitted applications are currently largely lead managed in Germany.

At a bilateral level, two important articles were added to the Swiss-German equivalency agreement in the area of higher education on 17 June 2009. This is now being applied to degrees in the Bologna system. Since 1 January 2011, Switzerland has fully participated in the European education and youth programmes. The two countries also have ties and shared interests in this area. The educational systems of the two countries have many similarities. This also means they share similar challenges: training and educating skilled workers and providing funding at all levels of the educational system.

German and Swiss scientists are also working together in joint European research projects within the framework of the EUREKA and Eurostars programmes but also in numerous ERA-Nets. They also work together setting up and operating various European large-scale research facilities such as the European Spallation Source (ESS) in Lund, Sweden, the X-ray laser XFEL in Hamburg, the core fusion reactor ITER in Cadarache, France and the European Organisation for Nuclear Research (CERN) in Geneva in Switzerland.