Germany is Italy’s most important trading partner with traditionally close and varied relationships. The governments of Germany and Italy regularly exchange views and meet frequently. Both countries are very interested in a scientific, cultural and economic exchange resulting in joint activities in many areas. 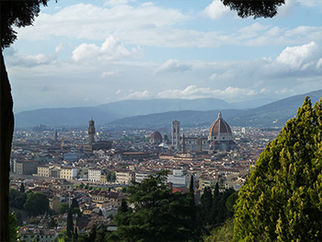 The cooperation between Germany and Italy takes place in the context of the European Research Area (ERA) largely in direct exchange between the different research institutions or the individual researchers. There are usually no national support measures to initiate cooperation.

German-Italian intergovernmental consultations take place regularly and provide a basis for joint work, which is complemented by meetings at ministerial level.

The cultural collaboration with Italy is based on agreements in the area of education, which are anchored in Article 13 of the Cultural Convention signed in Bonn on 8 February 1956. The Protocol on Cultural Cooperation between Italy and Germany was adopted on the basis at the Villa Vigoni in 2002. Cooperation in the areas of science and research is not formalised.

The cooperation between Germany and Italy takes place at highly varied levels and in the context of numerous institutions and organisations.

The German-Italian Centre for European Excellence „Villa Vigoni“ in Loveno di Menaggio is a binational association. The aim is to foster German-Italian relationships in the fields of science, education and culture, taking into account their interaction with the economy, education, society and politics. For Villa Vigoni, the dialogue between German and Italy takes on a European and international dimension. In Italy, the Foreign Ministry (Ministero degli Esteri) in Rome is responsible for Villa Vigoni, whereas the German Federal Ministry of Education and Research deals with the German side.

At a meeting in Trieste in November 2008 the two foreign ministers at the time issued a joint Declaration of Intent to set up an Internet platform to promote exchanges between German and Italian youth. Its task consists in providing information about youth institutions and their exchange programmes. The aim is to improve the exchange of information between teens and all those working with teens. The contact office for the German-Italian youth exchange opened in Rome on 3 February 2011.

There is also a very close cooperation with Italy through the German History Institute (GHI). This institute focuses on Italian and German historical research, with an emphasis on German-Italian relations from the early Middle Ages to the recent past.

Germany and Italy are partners in the European Molecular Biology Laboratory (EMBL), the European Synchrotron Radiation Facility (ESRF) and the European Organization for Astronomical Research in the Southern Hemisphere (ESO). Joint projects are carried out under these programmes. Italy is also involved in the European X-Ray Free-Electron Laser Facility.