Denmark is one of the most competitive and innovative countries in the world. The Federal Republic of Germany cooperates intensively with its neighbour Denmark, both at European level and within the Baltic Sea Cooperation. 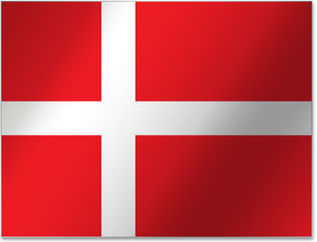 In 2010, 2011 and 2013 the Federal Ministry of Education and Research (BMBF) published an ideas competition in order to establish and expand innovative R&D networks with partners in the Baltic Sea countries. The aim of these funding measures was to tap into innovation potentials through international cooperation and to boost the international competitive edge of German companies and research institutions in the Baltic Sea region. It is also aimed at encouraging cooperation with Danish partners. On average, Danish institutions were involved in one out of every three projects.

Denmark is one of the world leaders in innovation, research and development, technology as well as competitiveness. The 'Innovation Union Scoreboard 2019' sees the country in third place in the EU comparison behind the neighbors from Sweden and Finland.

The 'Global Competitiveness Report 2017-2018' places Denmark in 12th position out of 137 states. According to preliminary estimates, R&D in gross domestic product (GDP) in Denmark was 3.05% in 2017 (according to EUROSTAT). This share has been stable for several years.

The RESEARCH2025 catalogue (FORSK2025), published in June 2017, groups Denmark's priority research topics into four main categories: new technological opportunities, green growth, better health, people and society. FORSK2025 aims to tackle societal challenges by addressing new technological opportunities and increasing productivity, growth and employment. This is an update of the Danish Research2020 programme, a prioritisation basis for strategic R&D investment in Denmark The RESEARCH2020 catalogue was the result of an in-depth analysis of Denmark's entire research landscape, in which the Ministry of Education and Science, representatives of municipalities and regions, university and non-university researchers, economists and other stakeholders were involved.

The 'Danish Innovation Fund' (DIF) was created on 1 April 2014 through a merger of the 'Danish Council for Strategic Research', the 'Danish National Advanced Technology Foundation' and the 'Danish Council for Technology and Innovation'. This represents the biggest reform of the research and innovation system in Denmark in the last two decades. The DIF is set up as an independent body within the state administration. The fund provides grants for activities within strategic research, technology development and innovation.

Since the beginning of 2012, companies in Denmark have had the opportunity to apply a negative tax on R&D expenditure, to the extent that corresponds to their losses. This gives companies an incentive to increase R&D, even if it is not a direct promotion of research and development.

Danish research focuses on sustainable energy and the environment, health and food safety, life sciences and biotechnology, geosciences, aerospace as well as information and communication technologies. An important current research and environmental policy topic is electromobility. The promotion of science, technology and innovation in Denmark is based on the pillars of institutional support, project funding and strategic research funding.

Within the BMBF's research programmes, the technical focus of research projects with Danish participation lies in the areas of climate, environment, sustainability and bioeconomy.

In the context of the EU Framework Programmes for Research and Innovation, German and Danish researchers are increasingly working together in the fields of 'secure, clean and efficient energy', 'health, demographic change and wellbeing' and 'Marie Sklodowska-Curie measures'.

Another thematic focus of German-Danish cooperation is on marine and polar research. Funding was provided, inter alia, within the framework of the BONUS Network (2010-2020) for Baltic Sea Research. The BONUS Network brought together 11 organisations involved in the promotion and implementation of Baltic Sea Research to pool their research resources and coordinate their use of the infrastructure.