International cooperation is a priority for Slovenian research and education policy. Germany is an important cooperation partner for Slovenia in Europe. Researchers in the two countries are actively working on joint projects in designing the European Research Area. 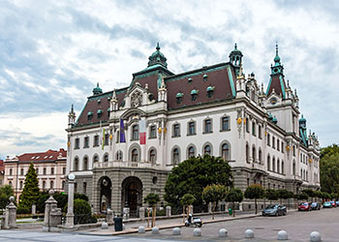 The Federal Ministry of Education and Research (BMBF) supports the cooperation of German institutions with Slovenian partners through a variety of funding announcements.

The stated target of the Federal Government according to the current coalition treaty is to strengthen the European science and innovation system. In addition to bilateral advice on innovation, its focus continues to be on joint research and development projects with the new Eastern and South Eastern European member states. The intention is to further strengthen the European Research Area (ERA) and to move a step closer to its completion.

The current formats of the scientific and technological collaboration (WTZ) respond to these requirements. The goal is to strengthen the internationalisation and Europe-orientation of German education and research institutions and to improve their competitiveness. The cooperation across Europe is to be expanded by concentrating on key priorities which are of mutual interest - particularly relating to the Federal Government’s high-tech strategy and the priority topics of the EU Framework Programme for Research and Innovation, Horizon2020.

The successful STC with Slovenia, which has grown since 1993, is an example of a flexible adjustment to the relevant framework conditions.

Partners from Slovenia are involved in numerous projects, which are funded by the BMBF’s international funding programmes. The funding measure “MOEL-SOEL announcement”, which is open until the end of 2017, and the past announcement “Baltic Sea countries” are two examples worth mentioning.

It is especially significant in this context that the joint projects submit a follow-up application to a further European research programme after they run out. In the long term, the objective is to improve the competitiveness and innovation potential of the partner. The BMBF uses these tools to implement the Federal Government’s political targets.

Germany and Slovenia cooperate in the context of several research activities in the field of Molecular Life Sciences, including as part of the ERA networks ERASYSBIO and PathogenoMik or its successor activity Infect-ERA (2013 – 2016). This scientific cooperation has by now been strengthened by cooperation with industry.

Against this backdrop, an announcement by the BMBF and MHEST ran from 7 June 2006 until 31 July 2006: the transnational funding guideline INREMOS. The purpose of INREMOS was to establish a virtual German-Slovenia research institute “Molecular Life Sciences Relevant to Industry”. The selection process in August 2006 resulted in a positive funding assessment for a project entitled “Systems Biology Tools Development for Cell Therapy and Drug Development” (SYSTHER). This project finished 31.12.2012.