Spain is an important partner for Germany in international collaboration, both for bilateral cooperation and for joint activities within the European Research Area. Solar research, health research and technology (such as 'Ambient Assisted Living'), Information and Communications Technologies (ICT) and life sciences (in particular crop research) constitute key aspects of specialisation in the cooperation with Spain. 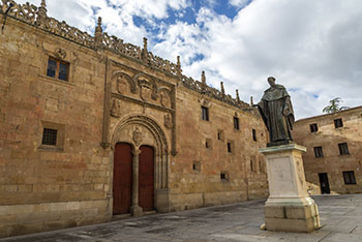 The cooperation between Germany and Spain takes place in the context of the European Research Area (ERA) largely in direct exchange between the different research institutions or the individual researchers. There are usually no national support measures to initiate cooperation.

In January 2013, the Spanish Council of Ministers adopted a new strategy for science, technology and innovation. This strategy outlines four main objectives for the next seven years (2013-2020):

Spain wants to strengthen its industry in strategic areas through improved cooperation between private and public actors. Main topics to be addressed are health, food science, aviation research and tourism.

The National Research and Development Plan, which originally only covered the period up to 2016, has been extended until 2020 and regulates the individual steps of government administration and services, as well as setting the course for scientific, technical and social priorities and the distribution of funds.

There is a long-term research cooperation with Spain in the fields of solar research and astronomy. Since 1980, the Plataforma Solar de Almería, a test centre in the field of solar technology, has been operated jointly by the German Aerospace Center (DLR) and the Centro de Investigaciones Energetícas, Medoambientales y Tecnológicas (CIEMAT).

The 'German-Spanish Forums', which have been taking place since 2002, play an important role in the development of bilateral cooperation. The German-Spanish Forum povides high-ranking German and Spanish decision-makers from politics, business, culture, science, media and society with the opportunity to exchange views.

The last forum took place in Madrid on 24 October 2018 after a three-year break. Representatives of both countries exchanged views on digitisation and the future of Europe. At the closing session, the results were presented  to German Federal President Steinmeier and King Felipe of Spain. Both heads of state are patrons of the event.