Strategic Foresight in the Western Balkans: Recovery on the Horizon 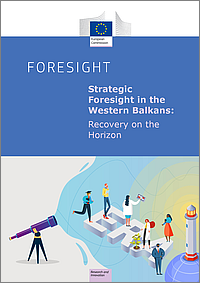 The integration of the Western Balkan countries (WBC) into the European Research Area (ERA) and the promotion of interregional research cooperation as a contribution towards the Stabilisation and Association Process (SAP) are of central importance for the research policy of both the region and the European Union. 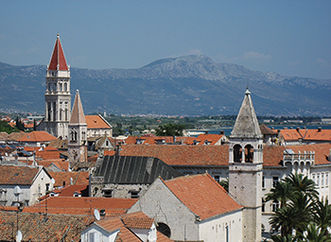 The Federal Ministry of Education and Research (BMBF) supports the cooperation of German institutions with partners in Western Balkan Countries through a variety of funding announcements.

The BMBF has long supported the countries of the Western Balkans on their way into the European Union as well as into the European Research Area. Albania, North Macedonia, Montenegro, and Serbia are EU membership candidates, Kosovo and Bosnia and Herzegoviva are potential membership candidates. In addition to funding announcements, BMBF support also includes participation in European coordination measures and policy platforms, direct policy advice to individual countries, studies and analyses, and national 'round tables' on Western Balkan cooperation with representatives of German funding and research organisations.

During the Austrian Presidency of the Council of the European Union, the establishment of the Western Balkans Steering Platform on Research & Innovation in 2006 marked an important strengthening of the policy dialogue in the field of science and technology with the countries of the Western Balkans. The Western Balkans Steering Platform on Research & Innovation is composed of the European Commission (Directorate-General for Research and Innovation), the 27 EU Member States, the countries of the Western Balkans and multilateral organizations and initiatives (such as the EU Joint Research Centre, OECD, World Bank, Berlin Process, Regional Cooperation Council, EUREKA, European Cooperation in Science and Technology (COST), Central European Initiative). The BMBF has regularly participated in the meetings since the beginning and uses the opportunity for direct exchange with the other partners. This initiative currently meets several times a year.

The central goal of the project SOUTHEAST-EUROPEAN ERA-NET PLUS (SEE-ERA.NET PLUS) was to issue a joint call for proposals for 'Joint European Research Projects'. Building on the experiences and results of the SEE-ERA.NET project, the aim was to drive the further integration of the South Eastern European countries, in particular the countries of the Western Balkans, into the European Research Area (ERA). The joint call for proposals was published on 1 September 2009. In addition to Germany, other countries participating in the call for proposals included Albania, Austria, Bosnia-Herzegovina, Bulgaria, Croatia, France, Germany, Greece, Montenegro, the Republic of North Macedonia, Romania, Serbia, Slovenia and Turkey. A total of 23 transnational research projects with a budget of around EUR 2.8 million were supported based on the joint funding. The project ended in July 2013.

The WBC-INCO.NET was a European network project fostering bi-regional research policy dialogue between the EU, states associated to the EU's 7th Framework Programme for Research and Innovation and the Western Balkan countries. It supported the 'Steering Platform on Research for the Western Balkan countries'. The aim was to improve the participation of researchers in the target region in European R&D projects. The consortium of WBC.INCO.NET comprised 29 partners from 16 countries, including the ministries of research of Albania, Bosnia-Herzegovina, Bulgaria, Germany, Greece, Croatia, the Republic of North Macedonia, Montenegro, Austria, Serbia, Slovenia, and Turkey. Numerous research institutions and agencies also participated. The project got underway in January 2008 and was successfully concluded in April 2014.