Hungary is viewed as a strong location for science and research in Central Eastern Europe. Highly renowned universities, such as the Semmelweis and the Eötvös-Loránd Universities, are situated in the capital Budapest. Alongside other excellent universities in cities such as Debrecen, Szeged or Pécs, Hungary offers an attractive research landscape for cooperation. 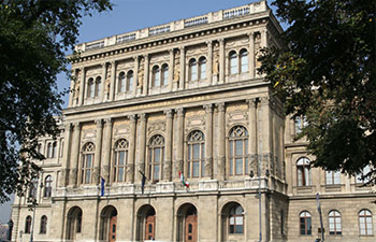 The Federal Ministry of Education and Research (BMBF) supports the cooperation of German institutions with Hungarian partners through a variety of funding announcements.

The National R&D&I Strategy 2013-2020 , titled ' Investing in the Future' is still the relevant basis for implementing key strategic goals. It is aimed at strengthening the knowledge-based economy and focuses on three main processes of the knowledge-driven economy: knowledge generation, knowledge application and know-how transfer.

The establishment of an independent Ministry of Innovation and Technology (ITM) as part of the governemt formation in 2018 represents a strategic realignment. The government and ITM have set out to reform the Hungarian research and innovation ecosystem. A newly created National Science Policy Council has announced a new strategy for early 2020, which will be the first comprehensive science and innovation concept in Hungary.

The first BMBF call for the Danube Region in 2013 revealed Hungary as the most popular partner country from the area. 39 of the 67 submitted project proposals included partner organisations from Hungary. The country was involved in 19 of the 31 approved projects - the highest proportion of all countries in the Danube region. Project cooperation focused on the field of climate and environment research. In the context of the second BMBF funding announcement for the Danube region in 2015, Hungary was one of three countries to become actively involved in financing project participation via a co-funding scheme.

A first bilateral call within the EUREKA framework was launched in spring 2018, addressing the research fields of process technology, biotechnology and ICT applications. The call resulted a record participation of 22 submitted outlines. 5 projects were seletced for funding and have already started.

The Andrássy University Budapest (AUB) was founded in 2001 as a multinational joint project of the Federal Republic of Germany, the Republic of Hungary, the Republic of Austria, the German federal state of Baden-Württemberg and the Free State of Bavaria. The objective of the university is to educate highly talented university graduates for management tasks in politics, the diplomatic service, administration, law, science, finance, culture and the media to enable them to join European institutions. AUB strives to teach and strengthen joint European values and promotes European integration. Its study offers include European and International Administration, International Economy and Business, and International Relations, and are rounded off by a postgraduate Master’s degree called 'Danube Region studies'.

Germany and Hungary collaborate closely within the EU teaming programme. Hungary participates in 2 out of 11 teaming projects that were approved for a second stage, both of them in cooperation with German partners.

The Institute of Computer Science and Automation of the Hungarian Academy of Sciences, together with two Fraunhofer institutes, works on cyber-physical production and logistics. In cooperation with the European Molecular Biology Laboratory in Heidelberg, Debrecen University, Szeged University, Semmelweis University and the Center of Biology of the Academy of Sciences explore new approaches in molecular medicine.