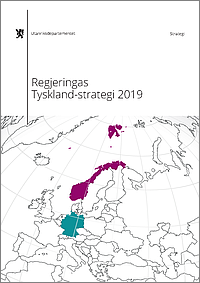 One of Norway's most important political objectives is ensuring that economic growth continues even after the oil and gas era. For this reason, the Norwegian government is focusing on restructuring the economy, which until now has only been moderately knowledge-intensive. 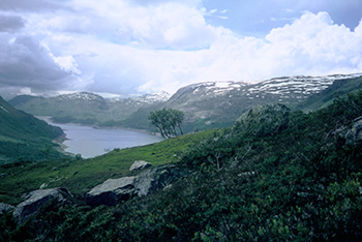 In 2010, 2011 and 2013 the Federal Ministry of Education and Research (BMBF) published an ideas competition to set up and expand innovative R&D networks with partners in the Baltic Sea countries. The aim of this funding measure was to tap into innovation potentials through international cooperation and to boost the international competitive edge of German companies and research institutions in the Baltic Sea region. It also aimed at encouraging cooperation with Norwegian partners. On average, Norwegian institutions were involved in one out of every three projects.

The BMBF had commissioned the International Bureau of DLR Projekträger with processing these and other funding measures.

Even if Norway has been able to increase its research expenditure measured in terms of gross domestic product in recent years, Norway is still well behind the OECD average . However, Norway is one of the richest countries in the world. This "Norwegian paradox" is essentially due to two factors: Norway's position as a country that exports raw materials and the low dependence on R&D of a number of its important economic sectors, such as services/tourism and fishing. The Norwegian government is currently focusing on restructuring the previously only moderately knowledge-intensive Norwegian economy by extensively including private businesses in research funding and more strongly internationalising Norwegian research.

Norway has had a Germany strategy since 1999 - last revised in June 2019. The ten most important objectives concern, among other things, the joint defense of free world trade, the better integration of Norwegian interests into the European Union and more intensive cooperation with Germany in security and defense policy. Germany is also to be more closely involved in the sustainable use of marine resources and the improvement of freight and passenger transport between Norway and Europe. Furthermore, Norway wants to maintain its position as an important energy supplier for Germany and Germany to be an important cooperation partner with regard to the energy transition and the achievement of climate goals in Europe.

In addition to the export of Norwegian art and culture to Germany and the improvement of German language and country knowledge in Norway, the intensification of cooperation in education, research and innovation is a central topic of Norway's current Germany strategy. This is intended to promote mobility in the entire educational sector.

German-Norwegian cooperation in research and development is largely taking place within a multilateral framework. This applies to the projects within the technical programmes run by the Federal Ministry of Education and Research (BMBF), as well as to those being carried out as part of the EU's Framework Programmes, currently in the context of Horizon Europe. The projects' key areas of focus are climate, environment, sustainability and the bioeconomy, but also energy, transport and nutrition.