Research, development and innovation play an increasingly important role in the Netherlands. In the areas of science and technology, the relationships between Germany and the Netherlands are not formalised. Both countries maintain intense and friendly neighbourly relations, the regional cross-border collaboration is of great significance in many areas. 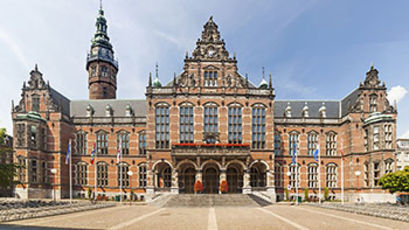 Within the framework of the European Research Area (ERA), scientific cooperation with the Netherlands largely takes place in direct contact between researchers and research institutions, without the need for special state-supported contact initiation. One of the focus areas for joint activities is the development and expansion of networks.

Please get in touch if you have additional questions about the support services provided by the International Bureau.

There is no government-level agreement for a bilateral cooperation between Germany and the Netherlands in the area of science and research. On 25 September 2001, the then German Federal Minister of Education and Research, Edelgard Bulmahn, and the then Dutch Minister of Education, Culture and Science, Loek Hermans, made a joint declaration regarding an extensive exchange of information regarding education, science and research policy and agreed an even closer, systematic cooperation both on a bilateral and on a European and multilateral level (German-Dutch Cooperation Treaty).

According to the Global Competitiveness Report 2014-2015, the Netherlands are among the ten most competitive and innovative nations worldwide. Their balanced competitiveness can be clearly seen in the fact that they are also among the leading countries in the three lead indicators (general conditions (10th place), efficiency (8th place) and innovation (6th place)). In comparison to the previous year, the Netherlands have stabilised in eighth place.

In his government declaration of November 13, 2012, the Dutch Prime Minister Mark Rutte described a sustainable and innovative economy as one of the most important columns for a successful political process and a positive societal development. To achieve this, additional investments in top-level research and in the quality of the education system are to be made. There is a focus on the future-oriented growth in sectors in which, according to Rutte, there are opportunities for the Netherlands.

The current government links seamlessly to the economic and innovation policy-related top sector approach of 2011. In the top sectors, which reflect the specific strengths of the Dutch economy (and research), the funds for research and innovation should be channelled. Dutch policy concentrates its support on initiatives, cooperations and networks in these top sectors. In these topic areas, universities are to cooperate intensely with commercial enterprises. In 2013, the government provided about EUR 22 million to stimulate the integration of SMB in the top sectors. The nine top sectors are: Life sciences, high-tech systems, chemistry, nutrition/food products (agro-food), energy, logistics, water, creative industries/creative economy as well as gardening/crop farming. The international competitiveness of the agro-food area is seen, among other things, in the fact that almost 10% of patent applications submitted in this sector worldwide come from the Netherlands.

The scientific report ”2025 Vision for Science – Choices for the Future” published at the end of 2014 is seen as a guideline for future research and innovation policy.

The Science and Technology Policy Council and the Royal Netherlands Academy of Arts and Sciences (KNAW) are the most important advisory boards in research and innovation policy.

KNAW serves as a forum for the scientific community of the Netherlands and as an umbrella organisation for 17 research institutes in the area of humanities and social sciences as well as life sciences. In addition, they also fund national and international research cooperations. Also active as important funding agencies are the “Netherlands Organisation for Scientific Research” (NWO) and the “Netherlands Organisation for Applied Research” (TNO). NWO sponsors scientific quality and innovation in research and initiates new developments. It provides funds and supports the distribution of research results. Its focus lies primarily in the research at universities. Aside from its role as a research funding agency, the NWO maintains nine institutes engaged in fundamental research. The focal point of the activities of the TNO lies in socially and economically relevant subjects as well as current innovations and concrete applications. TNO in particular supports small and medium-sized businesses (SMB).

An intense German-Dutch collaboration takes place in regional networks between German universities (especially in Lower Saxony and North Rhine-Westphalia) and companies with Dutch partners. In the border area between Germany and the Netherlands, the Euregios play a central role in the management of EU incentives from the INTERREG programme (from the European Regional Development Fund ERDF).

In the German-Dutch-Belgian border area, a growing number of technology networks have developed in collaboration between companies, universities and other institutions. TTR-ELAT stands for “Top Technology Region – Eindhoven/ Leuven/ Aachen technology triangle”. TTR-ELAt embodies a European strength region for electronics, nanoelectronics as well as life sciences. The alliance pursues the objective of linking research in the areas of health (life sciences), material development (in particular chemistry) and information and communications technologies more closely to each other. In addition, the labour and finance markets of the region will grow together across borders. The collaboration takes place according to the triple-helix model with partners from the economy, research and politics.

In BMBF's professional programmes, the focus of the projects with Dutch participation lies in absolute numbers in information and communications technologies.

The focus in projects of the 7th EU Framework Research Programme with joint German and Dutch participation lies with respect to the number of projects in the fields of information and communications technologies as well as health. Intensive cooperation also exists between German and Dutch partners in the context of the EU framework programme for research and innovation, “Horizon 2020”.