Sweden has been research and innovation leader in Europe for many years, especially in the life sciences and in information and communication technologies. Thanks to massive investment in research and development and good links between research and business, Sweden leads the 28 European Union member states when it comes to innovation. 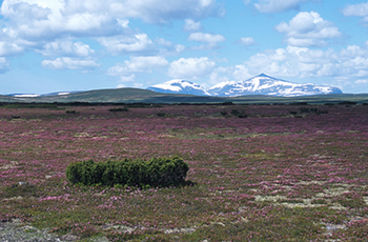 In 2010, 2011 and 2013 the Federal Ministry of Education and Research (BMBF) published an an ideas competition to set up and expand innovative R&D networks with partners in the Baltic Sea countries. The aim of these funding measures is to tap into innovation potential through international cooperation and to boost the international competitive edge of German companies and research institutions in the Baltic Sea region. It was also aimed at encouraging cooperation with Swedish partners. Swedish institutions were involved in nine of the 15 projects included in the most recently published announcement.

The BMBF commissioned the International Buereau of DLR Projektträger with processing these and other funding measures.

Sweden is a world leader when it comes to investment in research and development: for some years, Sweden has been investing more than 3% of its GDP in R&D. Most of this investment comes from companies.

With the new Research and Innovation Act presented in December 2020, the Swedish government has formulated the guidelines for research policy until 2024 and decided on higher funding for research and innovation. In doing so, the law focuses on five major societal challenges: climate and environment, health and welfare, digital development, skilled labor supply and professional life, and a democratic and strong society. The research investments are expected to generate new ten-year national research programs (including in the areas of oceans and water, viruses and pandemics, and mental health) and strengthen existing programs (including in the areas of climate, sustainable community development, and antimicrobial resistance).

The technical BMBF programmes also include multilateral research projects involving Sweden. The key areas of focus within current projects are information and communication technology, climate, environment and sustainability as well as health research and the health economy.

German-Swedish cooperation at the ESS European Spallation Source is part of the Röntgen-Ångström-Cluster founded in 2009 for bilateral cooperation in photon and neutron research. The ESS is a large-scale European project under the scope of the European Research Infrastructure (“ESFRI Roadmap”) and is to be built in the Swedish city of Lund. When completed, the ESS in Lund will represent the world's most advanced neutron source for research. It will cover a large part of the future demand for powerful neutron sources in Europe and is designed to enable world-class applied and basic research on a global scale. Sweden is also involved in the XFEL X-ray laser in Hamburg, whose scientific user operation began back in 2017.