Germany and the United Kingdom cooperate closely both bilaterally and within international organisations. The wealth of contacts and cooperations between British and German actors on political, scientific, cultural and economic levels bears witness to this. 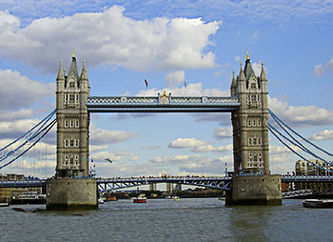 The cooperation between Germany and the UK takes place in direct exchange between the different research institutions or the individual researchers. There are usually no national support measures to initiate cooperation.

The bilateral cooperation between the two countries is very intensive. Regular German-British consultation talks are held at government and working level. Every year, a broad spectrum of political issues is discussed at numerous bilateral meetings, in particular in talks between the German Federal Chancellor and the British Prime Minister. A Cultural Convention between the Federal Republic of Germany and the United Kingdom came into force in April 1959.

Many cooperative relationships exist, whose priorities are currently primarily in the following areas:

In the past, greater focus was on the areas:

The UK and Germany cooperate closely in international organisations. Together, they hold events e.g. to promote the bilateral science cooperation or the cooperation in the humanities and social sciences. Varied organisations are also striving to promote and intensify the exchange between the two countries.

The German-British programme “UK-German Connection” promotes German-British school meetings Its participants are in close contact with the key organisations from the two countries and are the first point of contact for activities in the field of school and youth work.

The German History Institute is located in London under the aegis of the foundation German Humanities Institute Abroad (DGIA). The institute is a research centre for German and British scientists and students. It organises international conferences, seminars and workshops. Each year, it also awards a prize for excellent dissertations as well as numerous scholarships and placements. The special goal of the institute is to promote the German and British historical sciences.

The forum was founded in order to intensify the political and economic relationships between the UK and Germany and to promote social interaction. A number of individual events as well as annual conferences focussing on different themes are also held for this purpose. In the past, these themes have included "The European Central Bank in Global Perspective", "Investment in Skills and Productivity" and "Energy for the Future".

Germany and the UK also work together as part of major European research institutions. The European Molecular Biology Laboratory (EMBL) is one example. One of its five research sites is situated in Britain and two in Germany. In December 2014, Britain became the 12th Member state of the European X-Ray Free-Electron Laser Facility GmbH (European XFEL GmbH), the European X-Ray Facility being created in Greater Hamburg.