China and Germany are important strategic partners in respect to research and education. Both countries have intensified their cooperation in recent decades in order to increase their innovative strength. Common topics include innovation, urbanisation, life sciences, higher education and vocational training, as well as the protection of resources and the environment. 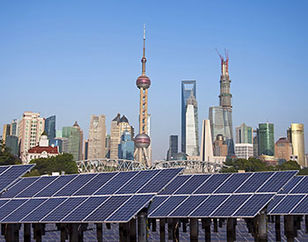 The research cooperation between the two countries is based on an 1978 intergovernmental agreement on scientific and technological cooperation. Ever since, topics and framework conditions of the cooperation are addressed in regular meetings which are attended by representatives of the research ministries of both countries, and of research, funding and intermediary organisations as well as individual scientists.

Strategic education policy meetings with the Chinese Ministry of Education have been aiming to encourage further educational cooperation between the two countries since 2004 (until 2009 there were so-called strategic higher education policy dialogues). In addition, regular meetings of the German-Chinese Alliance for Vocational Education and Training have been held since 2011. In June 2016, both committees were merged, forming the German-Chinese Steering Group for Education based on a Memorandum of Understanding. The Steering Group’s first meeting took place in December 2017.

Research and education cooperation were further deepened with the introduction of the German-Chinese Intergovernmental Consultations that took place in 2011, 2012, 2014, 2016 and, most recently, 2018.

The Joint Action Plan 'Shaping innovation together!', which was adopted during the third intergovernmental consultations in October 2014, encourages a strategic partnership of both countries also in those fields that fall within the remit of the Federal Ministry of Education and Research (BMBF).

From 2015 until the end of 2019, the China Strategy of the Federal Ministry of Education and Research set the coherent and systematic framework for cooperation with China in research, science and education.

At present, key topics of the Sino-German research partnership under the aegis of the BMBF are innovation research (including the former Sino-German Innovation Platform), clean water and environmental technologies, urbanisation and land management, life sciences and bioeconomy, marine and polar research, climate research, electromobility, digital economy (Industry 4.0) as well as higher and vocational education and exchange of students and scientists.

In addition, the BMBF supports the establishment of thematic alumni networks and promotes the expansion of China competence in Germany in a joint effort with the Federal Foreign Office and the Standing Conference of the Ministers of Education and Cultural Affairs.

Seletcted measures of the BMBF

In Activity Area 1, the China Strategy of the BMBF – which set the coherent framework for cooperation with China in research, innovation and education until the end of 2019 – recommended 'Creating a better China expertise in Germany'. This is where the BMBF funding measure 'Innovative concepts for expanding China expertise at German universities', published in 2016, comes into play.

The aim of the funding measure is to expand and consolidate German-Chinese cooperation in education and research and to increase the ability to act in relation to scientific and economic exchange relations with China across all departments. The announcement attracted great interest in the German scientific landscape: More than 80 project outlines reached the International Bureau. Of these, a total of eleven projects were selected, each receiving funding for three years during the period of 2017 to 2022.

The Deutsch-Chinesische Alumnifachnetzwerke are an initiative funded by the BMBF aiming to create networking opportunities for German and Chinese alumni in specific topics and research fields. The seven alumni networks united under DCHAN strive to connect German and Chinese alumni to promote joint projects related to China. The following subjects and topics are represented: Mechanical Engineering, Logistics, Urbanization and Urban Development, Neurosciences, Psychosomatic Medicine and Psychotherapy, Entrepreneurship, Humanities and Social Sciences.

Networking and public relations activities of the alumni networks are realized by the German Academic Exchange Service (DAAD) as part of the DCHAN accompanying measure. The professional, technical and administrative support in terms of project funding is provided by the International Bureau.

Monitoring the Asia-Pacific Research Area with a focus on China

With the aim of obtaining an evidence base for further developing a cooperation strategy with China and other Asian countries, the BMBF initiated the Performance Monitoring of the Asia-Pacific Research Area ('APRA-PM') in 2018. The International Bureau manages the BMBF-funded project, which is being implemented by the consortium of Fraunhofer ISI, DAAD and GIGA. A regular, evidence-based and target-group-oriented monitoring of current developments and trends in Chinese research policy is carried out. The collected data and statistics are regularly updated and can be accessed by relevant stakeholders. This significantly contributes to further strengthening China expertise in Germany.

In 2011, the Sino-German Innovation Platform (SGIP) was launched at the first intergovernmental consultations.

From its launch in 2011 to its conclusion in 2020, the SGIP became a central hub for the exchange and common agreement on the extensive innovation cooperation between Germany and China. Initially founded as a dialogue forum for the exchange of experiences and the identification of common approaches in innovation research and innovation policy, it soon also explored specific fields of application such as urbanisation and digitisation. Both the BMBF and the Chinese Ministry of Science and Technology appointed expert groups at the beginning of 2012 to support the content-related design of the Innovation Dialogue.

The DLR Project Management Agency and the Chinese Academy of Science and Technology for Development (CASTED) were entrusted with the implementation of the organisation offices. From 2011-2020, organised five SGIP innovation conferences and three policy dialogues.

Role of the International Bureau

On behalf of the BMBF, the International Bureau aims to expand the international network of German universities, research institutes and companies in order for the German science and industry sectors to gain expertise and obtain the lead in innovation. Thus, the International Bureau contributes to the implementation of the international dimension in the BMBF’s programmes and also provides project funding on behalf of the BMBF. Focus areas of currently funded projects with China managed by the International Bureau are thematic alumni networks, concepts for the development of China expertise at universities and application-oriented projects with industry participation (so-called '2 + 2' projects) in various fields as well as research projects on marine environment and polar research.

In order to acknowledge China's steadily growing importance as a research nation and cooperation partner for Germany, the International Bureau stays in close contact with Chinese project management agencies and ministries. For this purpose, a Memorandum of Understanding was signed on 19 January 2016 in Beijing between the DLR Project Management Agency and its Chinese partner organisation NCSTE (National Center for Science and Technology Evaluation).