Since 2011, the Federal Ministry of Education and Research (BMBF) and the Thai Ministry of Research have published joint funding announcements on the back of individual bilateral initiation measures and R&D projects. Applications for grants relating to the education and research cooperation can only be submitted in the context of these announcements. 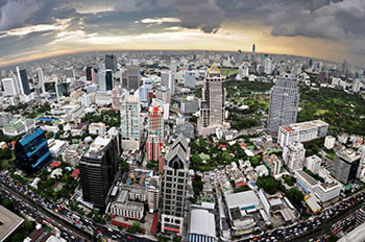 No formal agreement relating to the bilateral education and research cooperation has been concluded so far.

However a first bilateral pilot announcement to fund the German-Thai cooperation was published in 2011 on the back of a number of political talks between the BMBF and the representatives of the Thai research ministry. The pilot measure included funding for project-based mobility. The agreed “Terms of Reference” form the basis for the funding announcement, setting out the key aspects for the parties involved regarding preparation and implementation of the announcement. The pilot measure was realised by the organisations NSTDA and the International Bureau at the DLR Project Management Agency, which work for the ministries. The following areas were agreed as topics for the call for proposals:

Ten applications for projects were evaluated as positive and received funding. The projects were launched in June 2012 and had a term of up to two years.

Based on the experiences of the pilot measure, a second announcement to fund German-Thai cooperation was published in September 2013. The following topics were agreed in terms of funding for project-based mobility:

The BMBF currently provides funding for 15 projects in the context of this funding announcement.

In addition, since 2009, the BMBF has also funded structural partnerships of German universities in Asia as part of the programme “Design and preparatory measures of German universities to establish joint research structures with partners in the Asia-Pacific region”. This programme has since resulted in 20 joint research platforms with top-class institutes across Asia, with nine more currently being developed. Currently, cooperations relating to sustainable water resources management and flood protection, as well as “digital engineering”, are ongoing in Thailand as part of this programme.

Increase in the efficiency of solar collectors Mobility measures for a project aimed at optimising the efficiency of solar collectors were funded in the context of the joint funding announcement by Germany and Thailand in September 2011. The Fraunhofer Institute for Solar Energy Systems and the Institute for Energy Research at Chulalongkorn University were the partners of the project, which received funding from September 2012 to August 2014. The aim of the cooperation was to optimise so-called “non-tracking” solar collectors. The design of the collectors was to be adjusted in such way that this would increase the system’s effectiveness without the need to use energy-consuming positional motors to track the sun. Furthermore, the collectors were to be adapted to the tropical climate conditions in Thailand. Given the greater intensity of cloud formation in tropical climate zones, solar collectors must be able to harvest a greater proportion of diffuse radiation. The adjustments were to be tested using simulations and be used as the basis for new prototypes.

The data obtained in the project was combined with complementary knowledge to enable an improved collector design, which was tested successfully. The many years of experience of the Fraunhofer Institute for Solar Energy Systems in the development of solar collectors paired with knowledge regarding the requirements for such systems in Thailand constituted the basis for the project’s success.