As an industrialised nation, Australia has a highly developed and wide-ranging science sector. The primary research target of the Australian government is closer collaboration between the public research institutions and the industry. Cooperation with Germany in education and research is moving forward in a positive way. 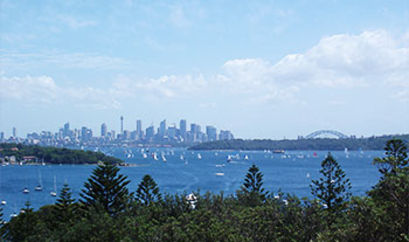 Applications can only be submitted during certain periods following a prior funding announcement. These announcements are published at irregular intervals.

The historic importance of the contacts with Europe to the Australian education and research landscape led to Australia being the first country to sign a Science and Technology Agreement with the European Union in 1994. The German-Australian cooperation dates back to an intergovernmental agreement signed in 1976.

The cooperation currently focuses on the following fields:

A particular focus is on giving support to young scientists.

In December 2018, a delegation led by the German Federal Ministry of Education and Research (BMBF) travelled to Australia to hold talks on the future design of the science and technology cooperation. On the last Australia-Germany Science and Technology Joint Commission Meeting (JCM) in November 2020 both sides confirmed energy research, especially green hydrogen, as an important topic of cooperation.

Australian scientists are among the most successful applicants for the programmes of the Alexander von Humboldt Foundation. The Humboldt network in Australia comprises approx. 580 alumni.

The Federal Ministry of Education and Research (BMBF) provides funds for exploration and networking activities through its directorate general for international cooperation. In 2016, the largest number of applications in response to the call 'Establishment of Joint Research Presences in Asia-Pacific' targeted Australia. Three projects are currently being funded (until 2023):

Australia is an important international partner with regard to Germany’s National Hydrogen Strategy. Within the framework of the call 'Establishment of Joint Research Presences on Green Hydrogen with partners in Asia-Pacific' (2020), two projects have started at the beginning of 2022. The projects are planned for five years (three years set-up phase followed by a two-year consolidation phase).

These two Joint Research Presences should become sustainable 'hubs' for green hydrogen technologies in Australia and thus improve the access of Germany’s research community and industry to the partner country Australia and the Asia-Pacific region.

The International Bureau currently supports the bilateral cooperation with Australia in particular through the projects funded within the BMBF’s Funding Programme to establish joint research centres with partners in the Asia-Pacific Research Area (APRA).

Information about other funding programmes

On signing an MoU with Universities Australia, the successful project-related person exchange programme (PPP Australia) with the eight Australian research universities (Group of Eight) and the universities of the Australia Technology Network (ATN) was extended to encompass all Australian universities. The aim is to strengthen and expand the scientific and technological cooperation between Australian and German universities and non-academic research institutions. The mobility costs of German and Australian scientists for cooperation projects and collaboration on a specific science project are funded.