In the nearly 60 years since it was launched, the Indo-German science and research cooperation has enjoyed a perpetual increase in intensity. After the USA, Germany is by now India’s most important partner in this area. The 'Indo-German Science and Technology Centre' in New Delhi is Germany’s only bilateral centre of its kind in the world. 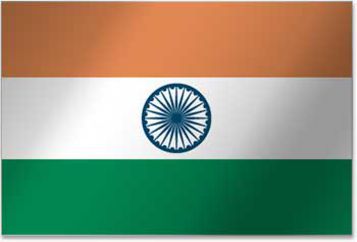 The International Bureau (IB) regularly publishes three different types of calls for funding applications for the Federal Ministry of Education and Research (BMBF) in order to foster and implement Indo-German research cooperation:

One of the aims of the Federal Government’s 'High-Tech Strategy for Germany' is to increase collaboration in growing markets with countries that have a dynamic research environment. That is why the Federal Government is providing special support for cooperation with countries that are strongly expanding their research and development capacities and are therefore becoming attractive partners for Germany in its role as a high technology hub.

Strengthening the collaboration with India also meets the five targets of the 'Federal Government’s Strategy for the Internationalisation of Education, Science and Research', for example:

The Scientific and Technological Cooperation (STC) with India is one of the most important areas of Indo-German relations within the two countries’ strategic partnership. German-Indian STC relations are based on the 1971 agreement on the peaceful uses of nuclear energy and space, the 1974 agreement on cooperation in scientific research and technological development, and numerous individual agreements between German and Indian research institutions and intermediary organisations.

Since 1996, the extent and aims of STC have been determined by the Indo-German Committee on Science and Technology, which meets on a regular basis under the leadership of a state secretary from the BMBF and the Department of Science and Technology (DST). Cooperation in the field of research, education and science plays an important role at the bilateral intergovernmental consultations that have been taking place since 2010. There are also high-level bilateral working groups for 'university education' and 'vocational training'.

The formation of the IGSTC was decided in 2007 and implemented in 2010 by inaugurating the office in Gurugram. For the time from 2022 - 2027 the BMBF and the Indian Department of Science and Technology (DST) each make available EUR 4 million each year to fund application-orientated research projects through the centre. The basis for the project funding is joint annual funding announcements with varying topics for key areas. The aim of the centre is also to serve as a platform for developing bilateral networks. To this end, the centre will hold workshops and conferences, among other events.

A New Passage to India

To increase the exchange of students between Germany and India, the DAAD initiated the country-specific campaign 'A New Passage to India' in 2008, drawing on funding from the BMBF (approximately EUR 4 million per year). Study visits by German students and graduates to Indian universities and the option to work for a year in an Indian institution after university graduation are promoted.

A further element of the programme is the Indo-German Centre of Sustainability (IGCS) at the IIT Madras. This was officially inaugurated on 6 December 2010. Since then, the IGCS serves the cooperation between German and Indian scientists on fundamental and applied research, teaching and training, dissemination of information in the area of sustainable development. Its special focus is the protection of the environment considering water resources, energy, land use and rural development and waste management.

The Centre should promote the development of relevant ideas on and solutions to specific local issues, through interdisciplinary research and study projects in the above mentioned areas. The IGCS will additionally contribute to the intensification of Indo-German cooperation in key academic fields.

Within the call 'Maria Sibylla Merian Centres for Advanced Studies in the Humanities and the Social Sciences', the BMBF is funding the M.S. Merian - R. Tagore Centre for Advanced Studies 'Metamorphoses of the Political' in New Delhi. The Max Weber Foundation is the coordinator of the network. The universities of Erfurt, Göttingen and Würzburg are also involved, as are the Institute of Economic Growth (IEG) and the Centre for the Study of Developing Societies (CSDS) on the Indian side. IEG and CSDS are located in Delhi.

The Centre's theme is 'Metamorphoses of the Political: Comparative Perspectives on the Long 20th Century'. In order to work on central questions, a regular exchange of scholars takes place.

India is contributing to 'FAIR', a large-scale international project to build a new accelerator facility for ion and antiproton beam research at the GSI Helmholtzzentrum für Schwerionenforschung in Darmstadt, as well as in ITER, a project to build an international fusion reactor in France. India is also actively investing in the cooperation with DESY.

Since 2007, the BMBF has cooperated with the Indian government on vocational training; joint activities are discussed and managed in annual meetings of a bilateral working group at state secretary level. The cooperation gained momentum after the Congress elections in 2014 and is currently focused on setting up company clusters to implement dual - primarily operational - apprenticeship. The BMBF-funded project VETnet at AHK in Pune is a 'role model', where dual vocational training elements have been tested since 2013. This has resulted in strong synergies with the vocational training project planned by BMZ and implemented by GIZ. The BMBF initiative iMOVE supports access to German education providers on the Indian education market, such as through tenders for further education measures for Indian master trainers in Germany. The Federal Institute of Vocational Training BIBB provides the Indian side with advice on how to develop innovative framework curricula. In addition, German support is planned for the establishment of a 'National Institute for Higher Vocational Learning for Workers' and of further education institutions in 'Energy-efficient construction'. The existing Memorandum of Understanding was renewed at  the government consultations in October 2015. The International Bureau coordinates and hosts different campaigns and maintains direct contact with Indian and German partners for the BMBF.

In Germany, the International Bureau (IB) supports bilateral and multilateral cooperation between governments, and research and development institutions. The aim is to expand the international networking of German higher education institutions, research institutions, and companies so that German science and industry will enhance their competence and gain advantages in innovation. Thus, the International Bureau contributes to implementing the international dimension in the BMBF's specialist programmes and also provides project funding in this context on behalf of the BMBF.

The International Bureau coordinates and moderates various lines of action with India and maintains direct contact with partners on both sides on behalf of the BMBF. In addition, reports and analyses on the Indian research and education landscape and on cooperation in these areas with Germany are being compiled and published on a regular basis.