In the last 60 years, South Korea has undergone a rapid development from an agricultural to an industrialised country and its investments in research and development by now put it among the leading nations of the OECD. This progress results in an ever more varied cooperation landscape between German and Korean research institutions. 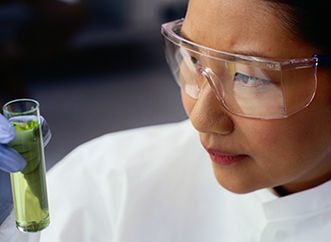 The economic ascent of South Korea in recent decades went hand in hand with a rapid development of the Korean R&D landscape. Perpetually increasing investments (proportion of gross domestic expenditure for research and development of more than 4%) have turned South Korea into one of the strongest OECD countries in terms of research and ensure that its R&D landscape continues to grow. The attractiveness of Korean research institutions as cooperation partners for German researchers has risen significantly due to their steady further development.

In the past, research and development (R&D) in South Korea was primarily application-oriented and achieved high-level performance in e.g. information and communication technologies. The internationalisation of the Korean R&D landscape plays an important role in Korean innovation policy because this is seen as a necessary condition for inclusion in international top-level research. In addition to expanding existing bilateral cooperation with important strategic partners, this also includes greater involvement in multilateral institutions and research projects.

Basic research is a comparatively new priority. The research centres of the 'Institute of Basic Science' founded in 2012 have the objective of becoming a working location for leading researchers from all over the world along the lines of the Max-Planck Society and the Japanese research institute RIKEN. As such, they want to make a contribution to the development of South Korea from a 'fast follower' to a 'first mover'.

Industrial research and development in South Korea continues to be influenced primarily by the 'Chaebol', large industrial conglomerates like Samsung and LG. South Korea has viewed the comparatively low number of innovative small to medium-sized enterprises (SMEs), which are important for economic development, as a weakness for several years now, and much action is taken to counteract this. The German innovation system is often mentioned as a paradigm in this respect.

German companies can enjoy opportunities primarily in high-tech sectors such as electronics, automotive construction and shipbuilding, medical technology, biotechnology and environmental technology, machine construction and the chemical industry. A research cooperation can facilitate market entry for German providers in this area. South Korea has also gained in attractiveness as a location for research centres.

The special role of Germany for the collaboration with European partners is apparent e.g. in the fact that the Korean Institute of Science and Technology (KIST) has been running its own research institution in Germany based on German law with its KIST-Europe branch established in 1996. In addition, South Korean students make up the largest group of Asian students in Germany relative to the country’s population. Last year alone, significantly more than 5,000 new students and young postgraduate scientists from Korea were studying and researching at German universities.

The bilateral cooperation is based on an inter-governmental agreement between the Government of the Federal Republic of Germany and the Government of the Republic of Korea on scientific and technological cooperation dated 11 April 1986 (BGBI 1986 II 928). Subsequently, several individual agreements were concluded between universities and research and research funding institutions in the two countries.

Since December 2007, the bilateral education and research cooperation has been coordinated at government level by the 'Korean-German Cooperation Committee on Science & Industrial Technology' (KGCCSIT). This committee was formed based on the successful activities of two committees managed by research organisations and its objective is to expand the collaboration further. On the German side, it is managed by the BMBF with the involvement of several research organisations and agencies. On the Korean side, responsibility for management alternates between the Ministry of Science and ICT (MSIT) and the Ministry of Trade, Industry and Energy (MOTIE). By now, we can look back on four successful bilateral KGCCSIT meetings.

Funding the cooperation with the partner country

The bilateral R&D cooperation between Germany and South Korea rests on many different shoulders. In addition to the cooperations of German research organisations and individual universities, there are also cooperation projects which are supports by the project funding available in the context of BMBF funding announcements.

The bilateral R&D cooperation covers a very broad range of topics: in recent years, the priorities have been on the life sciences, information and communication technology, nanotechnology, materials research, environmental research, physical and chemical technology and marine and polar research. (projects 2010-2017). The projects from 2018 onwards are focusing on digitalisation, robotics, lightweight construction, energy transition and green hydrogen.

To implement the results of the 2015 STC meeting, funding calls for so-called 2+2 projects have been carried out with the Korean Ministry of Science and ICT (MSIT) and the Ministry of Trade, Industry and Energy (MOTIE) since 2016. The research projects between German and Korean universities, research institutions and companies deal with robotics, lightweight construction and energy transition. The funding volume per project is 600,000 EUR and the projects have a running time of 3 years.

Since 2009, so-called research presences in the Asia-Pacific Research Area (APRA) have been funded by the BMBF. Two research presences on the topic of green hydrogen started in summer 2021 and have a running time of 5 years and are funding budget up to 760,000 EUR.

South Korea became an associated country to the EU EUREKA programme in June 2009. It has had the status of a 'EUREKA Partner Country' since July 2018. The country is involved in a growing number of EUREKA projects and in several cases also leads the project consortium. The project focus in 2020 was on digitalisation and in 2021 on green hydrogen.

South Korea is also a member of EUROSTARS. Since 2014, the 1+1 rule has applied in the EUROSTARS 2 programme. For South Korea, this means that it can participate in a bilateral consortium as long as the other partner is from a EUROSTARS member country. In addition, South Korea can take over the project leadership.

Universities, research institutions and companies interested in research cooperation with Korea are offered a matchmaking platform by the project management agency Korea Institute for Advancement of Technology (KIAT).

The EUKOR Community is a forum that aims to promote cooperation between EU countries and Korea even after the expiry of the EIG-Korea, KONNECT and KORANET projects. The aim is to build on the contacts and experiences of the expired EU projects.

Many different joint activities are possible:

The last meeting of the EUKOR Community took place in Brussels in October 2019. Due to the Corona pandemic, no further meetings took place for the time being.