Indonesia is one of the partner countries of the Federal Ministry of Education and Research (BMBF) in Southeast Asia. The Scientific and Technological Cooperation (STC) with Indonesia started in 1979 and was significantly intensified following the tsunami disaster of 26 December 2004 through the joint development of a tsunami early warning system for the Indian Ocean. 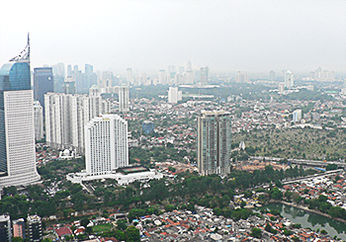 Funding opportunities in the cooperation with Indonesia are published under 'current announcements'.

For any other inquiry, please contact the International Bureau.

The cooperation over the last two decades focussed on marine research and coastal protection, setting up of a tsunami early warning system and the exploitation of geothermal energy. Research projects and the accompanying steering committees in the above mentioned fields have been completed by now. The early warning system was handed over to Indonesia in spring 2011. The inauguration ceremony of the binary geothermal energy plant in Lahendong, Sulawesi, developed by the GeoForschungsZentrum Potsdam (GFZ) and Indonesian partners (Pertamina and PNE), was led by RISTIKDIKTI Minister Nasir, Ambassador Schoof, BMBF and GFZ on January 21, 2019.

Current cooperation projects are dealing with bioeconomy, the development of environmental technologies including the analysis of georisks, the integration of geothermal energy resources into the national electricity grid and geo-sciences. 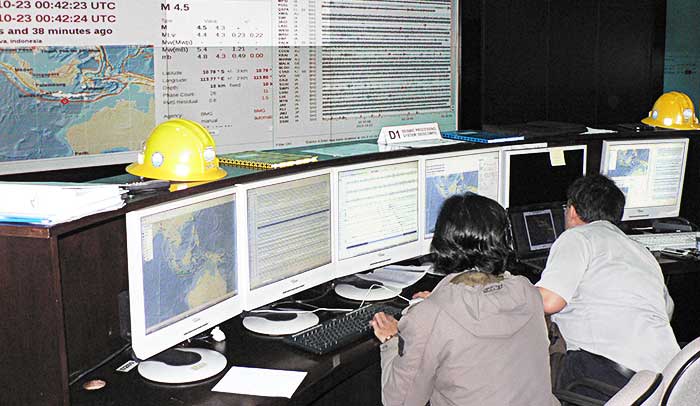 The first project with Indonesia under the BMBF call 'Bioeconomy International' is working on innovative value-added chains in chocolate processing (funding period: 2019 to 2022). The project is coordinated by the Fraunhofer-Institutes IVV and IME. Besides Indonesian counterparts, the project benefits from international partners from Singapore, the Netherlands and Switzerland, as well as from well-known German enterprises, namely Alfred Ritter GmbH & Co KG, Valensina GmbH and Dr. August Oetker Nahrungsmittel KG.

Another project 'Circular Indonesian AgricultuRE' of Fraunhofer UMSICHT researches the options to integrate residuals from rice production as bioenergy into the rural grid (2020-2023).

In the 3rd call of CLIENT II 'International partnerships for sustainable innovations' three projects with Indonesia were selected for funding in the period from 2021 to 2024.

In rare cases, tsunamis can also be triggered by volcanoes and landslides. Until now, the Indonesian tsunami early warning system has not been able to include such risks. A scientific cooperation project between Indonesia and Germany is now set to change this. The project TsunamiRisk is coordinated by the German Research Centre for Geosciences (GFZ) in Potsdam.

The textile industry is an important commercial sector in Indonesia. The project EnaTex, led by the „Institut für ZukunftsEnergie und Stoffstromanalyse“ (IZES) gGmbH in Saarbrücken, is developing with the Indonesian industry and academic partners processes for an enhanced production efficiency by using renewable energy resources.

The project 'Efficient and Sustainable Recovery of Strategic Elements from Indonesian Ore Deposits' (StratOre) under the coordination lead of the Helmholtz Centre Dresden-Rossendorf (HZDR) addresses exploitation methods for minerals and metals which are less environmentally destructive and more profitable by integrating so-called 'rare minerals and metals' into the exploitation process.

As part of the APRA (Asian-Pacific Research Area) call 'Development of Research Presences in the Asian-Pacific Region' (2016) the Faculty of Georesources and Materials Technology of the RWTH Aachen University and Gadjah Mada University (UGM) are establishing a competence network and science campus in the field of georesources (GetIn-CICERO; 2017-2022). The jointly run infrastructure and capacities serve research and education along the entire anthropogenic material cycle.

Topics include, in particular, the environmentally friendly development of new raw materials and the exploitation of existing mineral deposits, material-cycle management, sustainable groundwater management in densely populated areas, micro-pollutants in the water cycle, geo-risks and climate adaptation in coastal regions, and energy efficiency in mining and metal finishing. In 2018, a lab facility as hub for joint research and training at UGM was inaugurated. The ceremony was attended by high-ranked officials of RISTIKDIKTI and the German embassy.