Japan is one of the economically strongest and most technologically advanced countries in the world. Japanese basic research is regularly awarded Nobel Prizes. In addition, companies are generous in financing applied research and development. The basis of the bilateral research cooperation between Japan and Germany is an intergovernmental agreement from 1974. German research and intermediary organisations also actively support the cooperation. 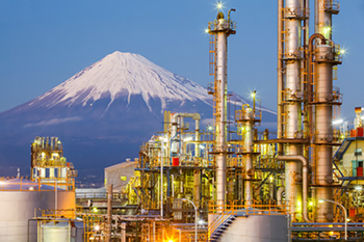 The German Federal Ministry of Education and Resaerch (BMBF) cooperates with the Japanese Ministry of Education, Culture, Sports, Science and Technology (MEXT). Subordinated to the MEXT is the Japan Science and Technology Agency (JST), a funding organisation, which is in charge of most of the scientific and technological cooperation areas and their practical implementation.

At regular intervals, representatives of both ministries as well as of research, funding and intermediary organisations convene in STC committee meetings. The last session of the German-Japanese Commission took place on 6 February 2019 in Tokyo.

Her first trip to Asia led Minister Karliczek to Tokyo from 14-17 April 2019. The tour focussed on Artificial Intelligence (AI) and Digitalisation. Members of the Federal Parliament and the presidents of the German Research Foundation (DFG) and non-university research organisations (Fraunhofer, Leibniz, Helmholtz) took part in the delegation.

On the basis of the STC agreement, not only the ministries of both countries cooperate with each other. German research and intermediary organisations are also actively involved in the cooperation with Japan.

Since 2001, the Fraunhofer-Gesellschaft has maintained a Fraunhofer Representative Office in Japan to support the establishment of strategic partnerships with excellent research facilities and the promotion of local scholarship.

Since April 2009, the DFG has been represented as an intermediary organisation with an office in Tokyo. It works closely with the Japan Society for the Promotion of Science (JSPS) and the Japan Science and Technology Agency (JST).

The German Aerospace Center (DLR) also sees great potential for cooperation with Japanese research institutions and has maintained an office in Tokyo since February 2013.

At the multilateral level, the Science and Technology in Society Forum has been held in Kyoto annually (since 2004). The Forum, which brings together leading academics, high level policy makers and industry representatives, provides a framework for open discussion on the progress of science and technology facing global challenges.

Through its international department, the Federal Ministry of Education and Research (BMBF) provides funds for networking activities, structural measures, research projects and 2 + 2 projects. In 2017 and 2019, the BMBF, in cooperation with the Japan Science and Technology Agency (JST), launched 2+2 funding announcements on optics and photonics. In total, six projects are funded under this scheme. Further focal areas of cooperation are 'autonomous and networked driving' and 'battery technology' in which three projects in each field are currently jointly funded.

As a result of the BMBF call 'Establishing joint research presences in partner countries in the Asian-Pacific region' (2016) two projects are funded in both the building and consolidation phase (2017-2022). Fraunhofer IPT cooperates with the Tokyo Women´s Medical University in the 'Conception and building of a research presence in the area of biomedical applications with special focus on Optical Coherence Tomography' (OCTmapp) and the Charité Berlin sets up with the Chiba University joint research infrastructure in the field of 'Environmental factors, course and prognosis of autoimmune diseases of the central nervous system in Germany and Japan' (CCNeuro) (further details under 'success stories').

As part of the Junior Experts Exchange Program, every year since 1998, up to eight young German and Japanese scientists from research institutes and research departments have been invited by companies to take part in a ten-day study tour to Japan or Germany. The programme was launched in Germany in 2011 with funding from the BMBF and the Federal Ministry of Economics and Technology (BMWi). Since 2012 funds have been exclusively provided by the BMBF. From the Japanese side, the programme is funded by the Japanese Ministry of Foreign Affairs (MOFA).

The programme aims to establish contacts between researchers from both countries and to support the formation of networks between German and Japanese centers of excellence. Outstanding junior researchers are being offered an opportunity for interdisciplinary exchange in order to intensify the Japanese-German science dialogue.