Resilience is the ability to self-regenerate after a major disaster. It is a quality that applies not only to individual people but also to communities such as cities.

URBIPROOF, the German/Japanese/Slovakian project for increasing resilience in urban planning, aimed to improve institutional and social capacities along with concrete urban development strategies. The project came to a successful conclusion in May 2015 after a two-year period.

Focus on land use planning and disaster research

The goal was to make European and Japanese cities more resilient when confronted with changes that could endanger their sustainable development. The results of the project are particularly relevant for disaster research and land use planning. The key component of the project was to evaluate the resilience of urban structures and urban development strategies.

During the project, great importance was attached to dialogue between science and practice, as a result of which there was a lively exchange between scientists and practitioners at the three URBIPROOF workshops in Japan, Slovakia and Germany.

Part of the project involved the development of a handbook making the results of the research accessible to the specialist public. This will help make cities more resilient in the face of disaster. The handbook combines the experience gained to date by the three participating countries (Germany, Japan and Slovakia) with the knowledge newly acquired during the project, thus acting as an aid for the daily work of those who put these principles into practice. The results will also be printed in the volume “Spatial planning and resilience following disasters: international and comparative perspectives” to be published by Policy Press. This publication aims to draw the attention of researchers to the project results and to establish a basis for further discussion. 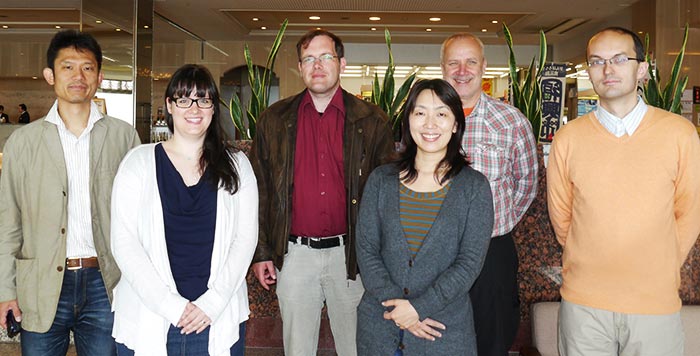 The main goal of the funding program “CONCERT Japan” was to encourage dialogue between European countries and Japan in order to foster mutual learning. All those involved had the opportunity to learn from the experience gained in other countries. Local practitioners also benefited from this dialogue. The project partners’ intention to continue working together also guarantees that the partnerships established in connection with the program will continue to exist in the long term.

Another opportunity for thematic discussion was offered by the symposium on the topic “Recovery after mega-disasters” organised as part of the UN World Conference on Disaster Risk Reduction in Sendai, Japan, by the project partners located there.