South Africa is a crucial partner in Africa. Close cooperative relationships have developed between the ministries, research and science organisations and in specific project work. South Africa plays a central role in regional cooperation with other Southern African countries and in implementing the EU Strategy for Africa. 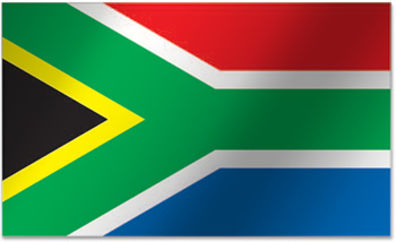 As a general rule, non-refundable grants awarded as part of current announcements for the bilateral cooperation in education and research between Germany and South Africa can be granted upon application.

The cooperation between German and South-African research institutions, universities and companies is supported in the context of bilateral calls for funding applications.

For Germany, South Africa represents a particularly important political partner in sub-Saharan Africa. The German-South African Binational Commission which has been meeting every two years since 1996 serves as a framework for this bilateral cooperation.

The Scientific and Technological Cooperation (STC) between Germany and South Africa is based on the intergovernmental agreement concluded on 12 June 1996 between the BMBF and the DSI on collaboration in the fields of science, research and technology. The STC agreement governs the creation of a joint committee (Joint Science and Technology Cooperation Committee) and promotes collaboration in, among other things, carrying out joint research projects, use of scientific and technical institutions, exchange of information, joint events, and exchange and secondment of specialists. The last meeting took place in Germany in October 2016. The findings of the Joint Committee form the political framework for collaboration between Germany and South Africa and are integrated into the two-yearly meetings of the Binational Commission under the leadership of the German Federal Foreign Office.

In 2013, the cooperation between the two countries was extended by an agreement between the BMBF and the DHET on ​​vocational training. Providing advice on setting up the "South African Institute for Vocational and Continuing Education and Training" (SAIVCET) is a focal point.

As part of its specialised programmes, the BMBF primarily supports projects in fields dealing with sustainability – such as water, climate and environment, energy, biodiversity but also Antarctic and marine research.

In the context of the scientific and technological cooperation (STC), the focus is on biotechnology and resource management with a greater involvement of of young scientists.

Over 200 university cooperations exist between German and South-African universities, which form the basis for numerous projects from all research areas and also involve non-academic research institutions.

Cooperation in the context of the EU and multilateral cooperation

The “European & Developing Countries Clinical Trials Partnership” programme is an initiative of currently twelve EU countries plus Norway and of 9 African countries to hold clinical trials to research HIV/AIDS, malaria and tuberculosis as well as other neglected infectious diseases associated with poverty. In addition to the member states, all other Sub-Saharan African countries are invited to participate. South Africa is by far the most important African EDCTP partner. The first EDCTP programme was launched in 2003 with a total budget of approx. EUR 500 million (EU and member states 200 million each, others 100 million.). The second programme EDCTP 2, which was also designed to last 10 years, started in May 2014 with a total volume of approx. EUR 2 billion (EU and member states 687 million, others approx. 500 million). In January 2014, the South-African government declared that as a full member, it would contribute to the financing of EDCTP projects. The second EDCTP programme was officially presented in Cape Town on 2 December 2014.

The ESASTAP and ESASTAP plus projects aim to enhance and deepen the strategic partnership between the European Union and South Africa, which has been established since 1996 – especially in the field of innovation. Four South African  (DSI, NRF, ASSAf, TIA) and six European partners (from Austria, France, Germany, Greece, Italy and Norway) take part in the project.

EUREKA is a European initiative to initiate and implement applied international civil research and development projects. EUREKA supports the preparation and realisation of innovative cooperation projects in relevant strategic fields. Currently over 40 countries and the European Commission are members of EUREKA, including the EU Meber States, Iceland, Israel, The Former Yugoslav Republic of Macedonia, Monaco, Montenegro, Norway, Russia, San Marino, Switzerland, Serbia, Ulraine and Turkey. In addition, association agreements can be signed with non-European countries.

In 2013 the then South African Minister for Science and Technology, Mr. Derek Hanekom, filed an application for South Africa to become an associated member of EUREKA. In compliance with the respective regulations the High Representatives of EUREKA approved of this association request on 20 June 2014. besides South Africa there are currently two other associated countries: Canada and the Republic of Korea.

In 2016 South Africa also became a new partner country of EUROSTARS. EUROSTARS is a programme jointly funded by EUREKA and H2020, to support small and medium sized enterprizes in their cooperation with partners in this network.

The bilateral cooperation between the governments and the research and development institutions in Germany are also supported by the International Bureau (IB).

The sawflies of Namibia and western South Africa

Cooperation between the Museum für Naturkunde in Berlin and the Agricultural Research Council (ARC) was funded in the framework of German-South African Scientific and Technological Cooperation (STC). One of the results is a book presenting the first comprehensive description of sawflies in the Afrotropical Region.

The vulnerable skin of Planet Earth

The global importance of biological soil crusts in various climate zones and the knowledge gained by studying them in Australia, Greenland, South Africa, Switzerland and Germany has been turned into the subject of a popular science film. This film (running time 52 minutes) was produced in cooperation with broadcasters ARTE and Hessischer Rundfunk and aired in spring 2011.