The German-South African Year of Science 2012/2013 was aimed at ensuring that the best possible cooperation is achieved between the two scientific locations. Germany and South Africa are strengthening their collaboration in order to accept joint responsibility for global challenges and intensify their exchange and cooperation. 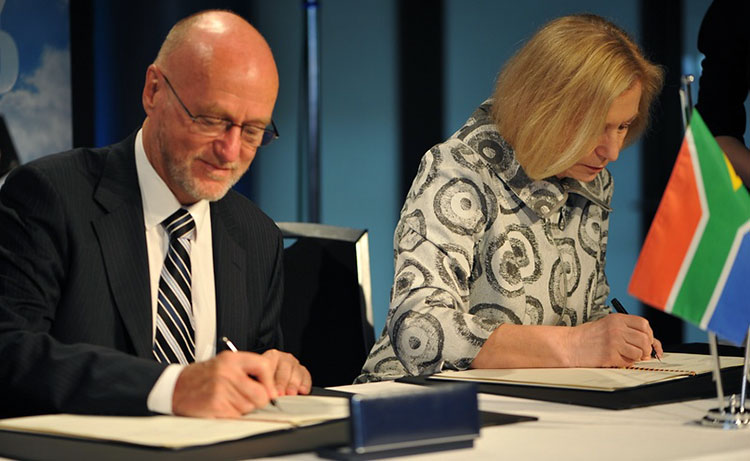 One of the most important priorities of the German-South African research cooperation in the Year of Science was researching climate change, its causes and its consequences. Projects and workshops were organised for this purpose, which dealt with closed ecosystems, biodiversity, water resources management and soil alterations. A total of 200 events took place during the course of the year, including the first joint German-South African Antarctic expedition of the research vessel “Polarstern”.

The ministries of the two countries funded 41 projects in the context of an ideas competition - in addition, school competitions, summer schools, rounds of talks and specialised conferences took place. At the end of the Year of Science, it was agreed that a joint research professorship would be set up. In addition, the Alexander von Humboldt Foundation launched the “Neville Alexander Memorial Initiative”, which is funded by the Federal Ministry of Education and Research (BMBF).