Education, research and innovation cooperations with Tunisia are particularly relevant in the fields of water, energy and nutrition. Tunisia especially welcomes cooperations whose components are designed around the interface between science and industry and which provide trainee qualifications for the employment market. Since 1 January 2016, Tunisia has been participating in 'Horizon 2020', the EU Framework Programme for Research and Innovation, as an associated country. 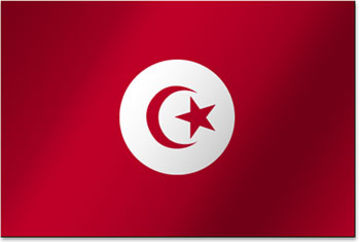 Funding the cooperation with Tunisia

For the Federal Ministry of Education and Research (BMBF), the International Bureau (IB) funds measures and projects for the Scientific and Technological Cooperation (STC) with Tunisia as part of the current BMBF announcements.

In essence, this involves funding cooperation between the two countries in the field of economic research and technical development by supporting scientific exchanges and joint research projects.

The funding programmes with Tunisia implemented by the IB focus above all on the Federal Government’s internationalisation strategy, the BMBF’s International Cooperation Action Plan, as well as the BMBF’s Africa Strategy for 2014-2018.

In principle, subsidies can be granted as part of the bilateral cooperation in research and education between Germany and Tunisia.

Background information on the cooperation with Tunisia

The German-Tunisian education, research and innovation cooperation has been strengthened and expanded since 2011. Germany and Tunisia have maintained relations since the 1960s. The Federal Government has been supporting the country in its transition towards democracy every since the revolution in January 2011. A “transformation partnership” was agreed between the two governments, which is subject to regular government consultations. In 2014, the BMBF published its cooperation strategy in relation to the countries in Africa, which also describes the BMBF’s thematic focus for the education and research cooperations with the countries of North Africa.

Based on its size and population, Tunisia is a relatively small country. It also has no noteworthy mineral resources. The country’s investment in university education and research increased in line with the Tunisian Government’s seminal decision for the region in the early 1990s to aim at export-oriented economic growth. This enabled Tunisia to build up good human resources capital from this point onwards. Education levels in Tunisia are high, as demonstrated by the literacy and school enrolment levels. Based on the country’s size, Tunisia has the greatest density of researchers in the region. Investments in research until 2011 were pioneering for the region, being the only country to achieve the guide value of 1% of GDP. The Arab Knowledge Report (2009) judges Tunisian research institutions to be of very high quality compared to other countries in the region. Funding technology centres is one key element of Tunisian innovation policy. The aim of setting up technology centres (technopôles) is to create a better link and greater application focus between industry and science. In addition, it pursues the development policy target of using technological innovations to provide impulses for national economic development. The centres are to expand or intensify scientific excellence in a specific field. They are pursuing the following objectives:

The country currently faces enormous challenges. The fight against unemployment is the most immediate. An above average number of graduates in Tunisia are unemployed. Among other aspects, this is related to the structural weakness of the private sector. Companies are unable to create enough jobs for the high number of graduates. On the other hand, many university graduates cannot find jobs with (private) companies because their education does not match the requirements (”skills mismatch”). Tunisian graduates tend to lack the competences of language skills, soft skills, flexibility and a practical as well as application focus for their knowledge. The departments in the fields of research and innovation currently do not have a coherent political approach. The transfer of research findings to industry currently also continues to be dysfunctional. In addition, the private sector is displaying only very limited interest in investing in research. R&D activities in Tunisia are currently almost exclusively funded publicly.

On a European level, an agreement on cooperation in the fields of science and technology between the EU and Tunisia has existed since 2004.

Key areas of cooperation with Tunisia