The priorities of the cooperation between Germany and Morocco are practical education and research projects on sustainable energy and water supply, food production as well as environment and climate change adaptation. 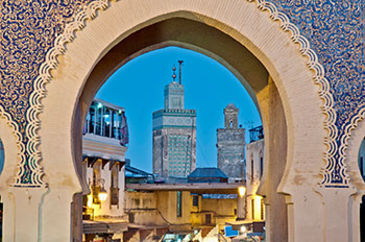 As a general rule, non-refundable grants awarded as part of current announcements for the bilateral cooperation in education and research between Germany and Morocco can be granted upon application.

The joint German-Moroccan program PMARS (Programme Maroc-Allemand de Recherche Scientifique) promotes the initiation and further development of bilateral cooperation between German and Moroccan institutions in education, research and technology. The foreign secretaries of Germany and Morocco confirmed their intentions to intensify bilateral relations in the Rabat Declaration in September 2013 and the German-Moroccan communique in January 2015. At European level, an agreement to cooperate in the fields of science and technology has existed between the EU and the Kingdom of Morocco since 2005.

In addition to energy and water supply, food production and fighting the consequences of climate change, scientific projects also included Moroccan industries such as urban development, textiles and tourism. The latest research projects are flanked by collaborations between German research and education institutions and Moroccan partners. 34 university cooperations have existed, some since the 1960s.

Priorities of the German-Moroccan cooperation

The joint German-Moroccan programme PMARS (Programme Maroc-Allemand de Recherche Scientifique) has so far funded the preparation for and further development of the bilateral cooperation between German and Moroccan education, research and technology institutions in two phases. The Federal Ministry of Education and Research (BMBF) and the Moroccan research ministry (Ministère de l’Enseignement Supérieur, de la Recherche Scientifique et de la Formation des Cadres) are supporting both new and existing partnerships on topics of mutual interest. In 2020, the fourth round of calls was launched, building on the successful calls of 2010, 2012 and 2015. The thematic focus of 2020 is on ecological topics such as water, climate change and biodiversity, on technological topics such as renewable energies and artificial intelligence, and on social science and humanities issues.

Morocco is one of the target countries in the program ‘CLIENT II - International Partnerships for Sustainable Innovation’ that is embedded in the framework program ‘Research for Sustainable Development’. The aim of the program is to promote demand-driven R&D cooperation with partners in selected emerging and developing countries. Thematic priorities of the Morocco cooperation in CLIENT II are: Climate Protection/Energy Efficiency; Climate Change Adaptation; Sustainable Land Management; Sustainable Energy Systems. Furthermore, Germany still supports the development of measures to improve the employability of Moroccan university graduates.

After France, Spain and the USA, Germany is Morocco’s most important partner for scientific publications. In addition to the bilateral cooperation, Germany and Morocco also work together in the context of EU projects, such as via the “Mediterranean Science, Policy, Research and Innovation Gateway - MED-SPRING”, in which the BMBF is involved via the International Bureau. The project promotes dialogue between the European Union and the Mediterranean countries on the subjects of research and innovation and supports the further intensification of regional cooperation in connection with the EU’s neighbourhood policy.