The ENRICH in the USA initiative offers a broad variety of funding and support measures to promote cooperation with the US.

The USA is Germany’s most important partner for scientific and technological collaboration. A great variety of joint and supportive research projects exist in nearly all areas. The two countries traditionally maintain an intense exchange of information. Several thousand scientific and study trips to the other country are funded each year. 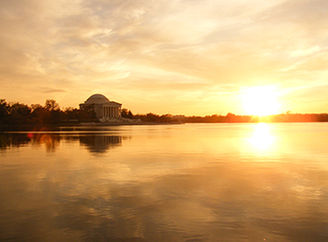 In principle, subsidies can be granted as part of the bilateral research and education cooperation between Germany and the USA.

The Federal Ministry of Education and Research (BMBF) funds cooperation projects in a wide variety of topics.

Cooperation between Germany and the USA is organised in a decentralised way and carried out independently by research organisations, research institutions or researchers. The intergovernmental agreement on science and technological cooperation (STC) signed in February 2010 provides a general framework for the cooperation. Based on this framework agreement, regular joint committee meetings are scheduled at a ministerial level. Furthermore, over 50 bilateral cooperation agreements between individual institutions form the basis for a tight-knit network of US-German research projects.

The STC agreement between the USA and the European Union concluded in 1998 underlines the European dimension of collaborative research and creates further opportunities for cooperation. 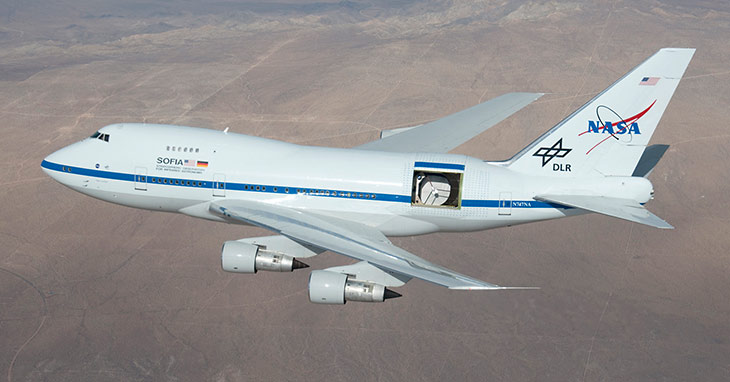 The focal points for the collaboration are spread across the entire range of research areas. Another sign of the close transatlantic cooperation is the joint use of large scientific facilities by the USA and Europe. Examples of this include the involvement of the USA in the German Electron Synchotron (DESY) and the US participation in the construction of the Large Hadron Collider (LHC) at the European Organisation for Nuclear Research (CERN), including the two largest LHC experiments.

The cooperation priorities of Germany and the USA currently focus on the following scientific areas:

An agreement between the BMBF and the US Department of Energy (DOE) regarding the cooperation in the field of dense plasma physics was signed on 24 July 2001. This is the first agreement based on the interdepartmental agreement that was concluded between the two ministries on 20 February 1998. It provides the international legal foundation for collaborative research between the German Heavy Ion Research Centre (GSI) and three American national laboratories: the Lawrence Livermore National Laboratory (LLNL), the Lawrence Berkeley National Laboratory (LBNL), and the Princeton Plasma Physics Laboratory (PPPL). One of the aims of the collaboration is to establish the globally unique laser system PHELIX, which will combine with the intensive heavy ion beam available at the GSI, to enable completely new types of experiments.

The USA is Germany’s most important cooperation partner outside Europe in the fields of aviation, energy and space exploration. The German Aerospace Center’s most important partners are the National Aeronautics and Space Administration (NASA), the United States Geological Survey (USGS), the Air Force Research Laboratory (AFRL), the National Oceanic and Atmospheric Administration (NOAA) and the Renewable Energy Laboratory (NREL), as well as many universities.

Cooperation in other areas

The Deutsches Wissenschafts- und Innovationshaus (DWIH), or German Center for Research and Innovation (GCRI) in New York has been putting on a wide variety of events since it was opened in February 2010 and in doing so has increased the visibility of German research and innovation in the USA.

The German Historical Institute (DHI) in Washington devotes itself to the cooperation between German and American historians.

The varied exchange programmes for students and researchers should also be emphasised. The German Academic Exchange Service (DAAD), the Alexander von Humboldt Foundation (AvH), the German Research Association (DFG), and the Fulbright Foundation are just a few of the organisations involved here.

A highlight of the collaboration with the US are several successfully concluded joint projects in health research.

A German-American funding initiative for the collaboration in computational neurosciences commenced in 2009. The last funding announcement on the topic was published in October 2021. The transnational initiative for research funding between Germany and the USA is supported by the Federal Ministry of Education and Research (BMBF) together with the American funding organisation National Science Foundation (NSF).

Background information on the US research landscape

At federal level, science policy and public funding for research and development are handled by a large number of authorities, specialised ministries, agencies and committees. In contrast to Germany, the USA neither have a science / research ministry at federal level nor a joint research budget.

In the US, research and development receive public funding from a broad range of departments and federal agencies.

The Department of State (DOS) does not have a significant R&D budget of its own and also no direct access to the (research) activities of other departments and scientific institutions. However, it plays a role in international cooperation on the level of scientific foreign policy, e.g. via agreements on scientific and technological cooperation (STC).

An "Agreement on Scientific and Technological Cooperation" between the EU and the US was originally signed in 1998, and extended four times for five years at a time within this framework.

In December 2020, the EU presented a proposal for a new, forward-looking transatlantic agenda for global cooperation. The proposal reflects where global leadership is needed and is based on overarching principles. The new agenda covers four areas, identifying first steps for joint action, to serve as a first transatlantic roadmap for addressing key challenges and seizing opportunities.

The EU and the US launched the EU-US Trade and Technology Council (TTC) at a summit in Brussels on 15 June 2021. The TTC will serve as a forum for the US and the EU to coordinate approaches to important global trade, economic and technology issues and to deepen transatlantic trade and economic relations based on shared democratic values. A total of ten working groups cover various topics, such as technological standards, climate and environmentally friendly technologies, promotion of small and medium-sized enterprises (SMEs) and secure supply chains. In September 2021, the first meeting of the TTC took place in Pittsburgh (USA).

The ENRICH in the USA initiative was launched in April 2017. ENRICH is a European Network of Research and Innovation Centres and Hubs. It is funded by the European Commission under Horizon 2020, and provides services to connect European research, technology and business organisations with three world leaders in innovation, namely Brazil, China and the USA. ENRICH in the USA was implemented until the end of 2019 by NearUS, whose aim is to build a network of European research and innovation centres in the United States. The follow-up project, which has been running since early 2021, builds on the 3.5 years of experience and assets generated to make ENRICH in the USA a self-sustaining brand in Europe and the US. The goal is to provide a single gateway through which promising European innovators - researchers and entrepreneurs alike - can access world-class partners in the US and attract high-value customers, channels, investors or suppliers.

The International Bureau also provides adminstrative and scientific support to ongoing research projects. In addition, it supports the BMBF in organising scientific workshops, information events and talks in an international context.