Celebrations for one major joint project took place in 2015 on the occasion of the 10-year anniversary of the German-Jordanian University (GJU) in Amman. The GJU links science with its application and qualifies young scientists in the region. One of the region’s most pressing problems is water supply, which is why the BMBF supports on-site projects for better water procurement and water management. 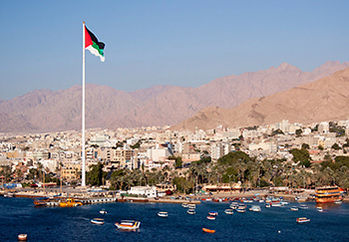 Jordan is an important and stable partner of Germany in the Middle East. The Federal Ministry of Education and Research (BMBF) supports effective on-site research projects and the extension of the education system.

In addition, Jordanian actors such as the Higher Council for Science and Technology (HCST) collaborate with the DLR Project Management Agency on projects of the European Research Framework Programme (FP 7 and H2020).

In July 2009, the Ministries of Higher Education of the two countries signed an agreement (MoU) regarding the further active political, scientific and financial support of the German-Jordanian University (GJU). An STC agreement also exists between the European Union and Jordan, which has also been effective since 2009.

One of the biggest projects in education is the German-Jordanian University (GJU). This was set up in Amman based on the model of German universities and links academic education with technical expertise. One of the university’s key features is its cooperation with Jordanian as well as German companies. Time spent studying in Germany or an industry placement in Germany are also part of the programmes. This contributes to the high reputation of the GJU in the region.

The GJU is a state-run complete university based on Jordanian law, which was founded in 2005. The significance of the university is emphasized by two MoUs signed by the Ministries of Higher Education of the two countries in 2004 and 2009. It consists of seven faculties offering 25 degrees and approx. 3,700 students are enrolled at the GJU (as at: Academic Year 2013/14).

Various German universities were involved in setting up the GJU, and particularly in designing the degree programmes. The Magdeburg-Stendal University is the coordinator.

The region on the Jordan River is one of the most important water procurement areas of the entire region. At the same time, it is in a critical condition as water shortage is getting worse.

The better use of this scarce resource forms the background to the close partnership with Jordan in major regional water projects by the BMBF in recent years. These major projects include the following two projects: GLOWA examined the factors of global changes influencing the Jordan. The joined project SMART was dedicated to the topics of Integrated Water Resources Management (IWRM). In order to ensure that the results are applied, the BMBF established the so-called NICE implementation office in Amman in 2012 at the offices of the Jordan Ministry of Water. The office advises the ministry and provides knowledge-based support.

The Unesco project SESAME, which is being set up in Jordan, aims to strengthen basic physics research in the entire region. The project is centred around the Synchroton Storage Ring BESSY I from Germany. In addition to Jordan, Egypt, Israel, Palestine and Turkey are also involved in this project. Other than basic research, the focus is also on qualifying young scientists through joint work on the storage ring. SESAME has the potential to become a Centre of Excellence in the region, one that will be effective across the entire region. The facilities are to be launched this year.