Science cooperation paved the way for diplomatic relations between Germany and Israel. Today, in addition to cooperation between the ministries, foundations and long-term programmes also contribute to a unique cooperation structure. Germany is Israel's most important partner in the EU research research programmes, in which the country has participated since 1996. 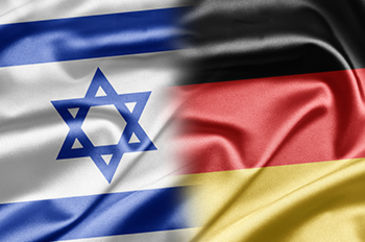 Current funding opportunities for German-Israeli cooperation in research, innovation and education are set out in the calls section of the cogeril.de website. The wesbite also provides details on further funding advice.

The anniversary '50 years of diplomatic relations between Germany and Israel' was also celebrated by the science partners at numerous events and in projects. In February 2015, the then German Federal Research Minister Johanna Wanka launched two new Minerva Centres at a high-calibre conference of the Minerva Stiftung and awarded the ARCHES prize for young scientists to a German-Israeli research team. The DFG, the German Israeli Foundation (GIF), the Foundation Martin Buber Society of Fellows in the Humanities, Cultural Studies and Social Sciences, as well as several universities and research institutions contributed to the anniversary year with new cooperation initiatives.

The Minerva-Stiftung Gesellschaft für die Forschung mbH was founded in 1963 and marked the start of the scientific cooperation with Israel. In 1973, the interministerial cooperation with MOST commenced, followed by an agreement with the MoE in 2000. All in all, research institutions in the two countries have so far been funded in almost 700 joint projects as part of the specialised programmes of the BMBF and the partner ministries. The German-Israeli Foundation for Scientific Research and Development (GIF) founded in 1986 is another corner stone of the cooperation. The BMBF has funded major transdisciplinary German-Israeli projects in the context of the German-Israeli Project Cooperation (DIP) since 1997. Since 2008, the DIP is managed by the DFG. The Foundation Martin Buber Society of Fellows in the Humanities was established in late 2009.

The BMBF has also supported several multilateral cooperation projects with Israel and its Arab neighbours, primarily in marine research and environmental and water technologies, in order to promote the peace process in the Middle East.

The website cogeril - Cooperation German-Israeli provides information on the history and structure of German-Israeli science cooperation. This cooperation is unique in that diplomatic relations intensified as a result of the close scientific cooperation. The website enables scientists from both countries to find out more about important topics and current funding opportunities. The research landscapes of the two countries are also presented. The International Bureau used the occasion of the Anniversary Year 2015 to relaunch the website, which had been set up during the German-Israeli Year of Science 2008.

Topics and structure of the cooperation

The priorities of the bilateral cooperation between German and Israeli ministries range from the life sciences (e.g. cancer research) and environmental sciences (e.g. water technologies; marine sciences and geosciences) to key technologies (e.g. civil security, nanotechnologies, battery research, photonics) and humanities / social sciences. Both countries also have been cooperating in vocational training since 1969. In addition, the foundations and major programmes financed by the BMBF - Minerva, German-Israeli Foundation, German-Israeli Project Cooperation (DIP) and the foundation fund Martin-Buber Association - also play a significant role in the cooperation.

The intermediary organisations funded by the BMBF and by other federal ministries (Alexander von Humboldt Foundation, German Academic Exchange Service) as well as private sponsors are also involved in funding the cooperation.

For several years now, the funding of German-Israeli scientific and industrial collaboration projects has focused on application-oriented, industry-related research. In 2011, an intergovernmental agreement was signed regarding the bilateral cooperation in industry-led research and development as well as in vocational training and further education.

Minerva finances research centres at Israeli universities and research institutions, offers an extensive scholarship programme for young scientists and funds projects at the Weizmann Institute of Science (WIS). Between 2008 and 2019 the ARCHES prize for joint research projects was awarded by Minerva.

The GIF funds cutting-edge research in all scientific disciplines with priorities that change every year. In addition, a special programme for young scientists (the Young Scientists Programme, YSP) was launched in 2000. In 2021, the GIF has restructured its funding programmes. The new NEXUS programme is divided into 2 funding lines: a collaborative track for joint proposals by German and Israeli researchers and a solo track for early career scientists.

Israeli universities and the Weizmann Institute can submit suggestions for projects involving German research partners in the context of the DIP excellence programme. The programme is open to all areas with a focus on natural and life sciences.

The Foundation Martin Buber Society of Fellows in the Humanities, Cultural Studies and Social Sciences aims to strengthen interdisciplinary cooperation in these areas. Each year, 10 new scholarships for joint research are awarded at the Hebrew University Jerusalem. Several Minerva centres are dedicated to the humanities and social sciences. As part of the bilateral cooperation, Israel is an important partner in the Käte-Hamburger College and Humanities Centres funded by the BMBF.

In February 2016, former State Secretary Thomas Rachel and former Director of the Israeli Ministry of Economics Amit Lang agreed on a programme to fund applied research and technology transfer in nanotechnology.

In this context, Germany and Israel launched a call for proposals for bilateral R&D cooperation in the field of applied nanotechnology in November 2016. Twelve joint projects started at the beginning of 2018. Both countries invested around 8 million euros each in the three-year projects. The mid-term meeting on the bilateral call for proposals took place in Bonn in February 2019, the final (online) conference in November 2021.

The German-Israeli cooperation programme for cancer research started in 1976. It is operated by the DKFZ and funded by the BMBF. So far, about 200 tandem projects have been funded. With the (now up to 10) summer and winter schools, the promotion of young scientists is also carried out in this context. In the course of the COVID-19 pandemic, DKFZ and the Weizmann Institute (WIS) carried out joint research activities. More information

BMBF and MOST have collaborated in this area since 1974; since 1997 also in a multilateral framework with the participation of research institutions from Germany, Israel, Jordan and the Autonomous Palestinian Territories. On 24 / 25 September 2019 the 15th status conference of the German-Israeli water technology programme took place in Dresden. The latest joint call for German-Israeli research projects in water technology was open until 7 October 2021. Germany and Israel are also jointly involved in the multilateral programme 'Middle East Water Research Cooperation Programme (MEWAC)'.

Since 1977, projects in marine sciences have been funded. A joint action plan has been guiding the cooperation since 2002  ('German-Israeli Cooperation in Marine Sciences and Geosciences').

A declaration of intent on collaboration in battery research and electrochemistry was signed by the BMBF and the MoE during intergovernmental consultations in 2012. Since 2014, there has been a joint 'battery school' between Germany and Israel, GIBS (German Israeli Battery School) for young scientists. In September 2016, the joint initiative 'New Materials for Battery Systems – Promoting German-Israeli Research Collaborations' was launched; a second call for proposals was published in 2018. The 6th edition of GIBS (in Israel) is scheduled for 2022.

Many cooperation programmes (e.g. battery research) create the basis for a long-term future cooperation by funding young scientists. The call for applications in water technology runs alongside the 'Young Scientists Exchange Programme' for research visits to the other country. The GIF awards scholarships annually as part of its young scientist programme.

From 2020 to 2023, the BMBF is also funding a trilateral doctoral college for Israeli, Palestinian and German students, the Wasatia Graduate School for peace and conflict reolution at the University of Flensburg, with around 150,000 euros.

The BMBF offers the winners of the Israeli Young Scientists competition – comparable to the German 'Jugend forscht' – a three-week stay at the International Science Camp (ISC) in Göttingen.

Germany and Israel have cooperated in the area of vocational training since 1969. In 2011, the cooperation intensified due to an agreement between the BMBF and the Israeli Ministry of Economics. In 2013, the BMBF commissioned the National Agency of Education for Europe at the Federal Institute for Vocational Training (NA-BIBB) to implement the Israel Programme. The core elements are trainee exchange, expert exchange through mutual study tours, and joint teams of experts.

Since 1996, Israel has been an associate partner in the European Framework Programmes (FP). The strong involvement of Israeli researchers in cooperation projects highlights the importance of the European cooperation for the Israeli research system. As part of FP7, Israeli partners were involved in 1621 cooperations. The priorities were ICT, life sciences and nanotechnology. In addition, Israel was strongly committed to setting up research infrastructures as part of FP7. Israeli partners were also involved in European network projects (ERA-NETs, INCO-NETs). At least one German partner was involved in each of the 679 FP7 projects with Israeli participation. Germany was Israel’s most frequent partner in these cooperation projects.

On 6 December 2021, Israel became an Associated Country to Horizon Europe, the EU's 9th Framework Programme for Research and Innovation. Therefore, Israeli researchers and institutions can participate in the programme under the same conditions as those from EU Member States.

Israel is a full member of EUREKA, the European network for industrial market-oriented research. In addition to bilateral agreements, EUREKA offers additional opportunities for technological cooperation between Israeli and German companies and research institutions. Israel participates in approx. one quarter of all current EUREKA projects. Israel is also involved in Eurostars, a programme for SMEs that drive research, which was jointly launched by EUREKA and the European Commission in 2008. In addition, the country is a cooperating partner in the European Cooperation in the Field of Scientific and Technical Research (COST).

PRIMA (Partnership for Research and Innovation in the Mediterranean Area) is an Article 185 initiative. The aim of PRIMA is to develop joint innovative solutions for water management and supply as well as for agri-food systems in the Mediterranean, in order to make them more climate-resilient, cost efficient and sustainable. A total of 19 countries (including Germany and Israel) in Europe and the Southern and Eastern Mediterranean and the European Commission participate in PRIMA.