After the long-term sanctions against Iran were lifted by the European Union in 2015, the revitalisation and intensification of cooperation in the areas of education and research became the focus of mutual interest. German-Iranian research cooperation is based on a centuries long tradition. 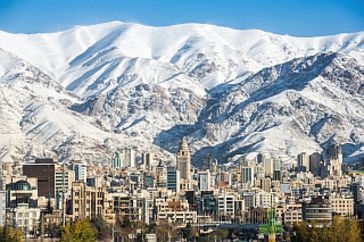 The Federal Ministry of Education and Research supports the cooperation of German institutions with Iranian partners with a variety of funding measures.

Mutually recognised to date, the German – Iranian agreement on cooperation in science and technology came into effect in 1977. The differentiated research landscape of Iran with its highly qualified scientists competes favourably in international competition. At the same time, the Iranian side understands Germany as one of the world's most important scientific partners and Germany's universities and research institutions enjoy a high reputation in Iran.

The agreement and the declarations of intent are being implemented through reciprocal delegation trips, joint events in various formats and, last but not least, through funding announcements to support German-Iranian research cooperation.

The highlight of 2016 and the initial spark for the resumption of cooperative relationships in science and research was the trip of a high-ranking delegation to Iran in autumn, which was headed by State Secretary Schütte. This had been preceded by a preparatory trip to Iran by the heads of departments.

The first highlight of 2017 was the resumption of regular German-Iranian STC talks through the meeting in Bonn in May 2017. This first meeting was all about reviving and intensifying the German-Iranian partnership. To support the developing cooperation, various measures were introduced, including the development of joint vocational training programmes, intended to maintain direct exchange and to promote bilateral mobility. In September 2017 iMOVE opened its third international contact point with an office in Tehran (after Delhi and Shanghai) to support German education providers in entering the Iranian market in Iran and to direct the demand for German education products and services from Iran to Germany.

The highlight of 2018 was the Day of German Science in Tehran and Isfahan. The aim of the event was to bring Iranian scientists closer to the German research infrastructure and to initiate new bilateral research projects. Under the leadership of the BMBF, German research and intermediary organisations, universities and colleges were represented with 58 participants. The Day of German Sciences thus represented one of the largest delegations ever led by the BMBF. This impressive testimony to the broad interest of the German research landscape in cooperation with Iran was mirrored by the Iranian hosts: Around 550 Iranians took part in the event, representing a cross-section of the Iranian research landscape.

Another highlight was the joint BMBF and DFG info tour to Iran in September 2018. Among the German participants were the Volkswagen Foundation, DAAD, and DLR Projektträger (DLR-PT). On the Iranian side the MSRT, the MoHME and the Iranian National Science Foundation (INSF ) took part in this series of events. In order to deepen German-Iranian relations in science and research, the tour provided information about opportunities for German-Iranian research cooperation and shed a light on the highly differentiated scope of German and Iranian research funding. The info tour covered Tehran University, Yazd University, Ferdowsi University Mashhad, and the University of Guilan (formerly German-Iranian University).

In May 2019, the BMBF organised a multi-day workshop for selected participants from the Ministry of Science, the Ministry of Energy (MoE), and the Niroo Research Institute (NRI) assigned to the MoE. The aim of the workshop was to convey contemporary forms of research management.

The research cooperation with Iran is governed by the thematic strategy of BMBF and by the letters of intent signed with the Iranian partner ministries. The research focus is on environmental issues, risks and natural disasters, sustainable energy systems, biodiversity and the bioeconomy, as well as on health issues.

In December 2018, the BMBF published the first joint German-Iranian funding announcement for bilateral funding of project-related mobility. The projects selected for funding on the Iranian side are funded by the MSRT or the MoHME depending on the thematic focus. The respective project management agencies are entrusted with the implementation of the projects on both the German and Iranian sides. In Germany this is DLR-PT, the project management agency of the German Aerospace Center,  in Iran it is the Centre for International Scientific Cooperation (CISC) for the MSRT and the National Institute for Medical Research Development (NIMAD) for the MoHME. A total of 26 bilateral project proposals from the fields of environmental, biodiversity, bioeconomy and health research were selected for funding.