The EU’s neighbouring countries are increasingly becoming an important focus of European politics. Along with ->Ukraine, the Federal Ministry of Education and Research (BMBF) maintains cooperative relations with the other countries in the Eastern Partnership: Armenia, Azerbaijan, Georgia, and Moldova. 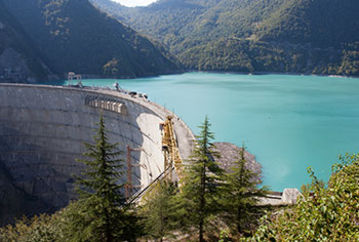 In response to the Russian attack on Ukraine, which violated international law, the German Federal Ministry of Education and Research (BMBF) announced a fundamental change in its cooperation policy with Russia on its website at the end of February. For details on the changes in the cooperation with Belarus and the Russian Federation visit the BMBF's  website.

Information on suspending the cooperation with Russia and Belarus

Cooperation with the Eastern Partnership countries Armenia, Azerbaijan, Georgia, and the Republic of Moldova in the field of research policy is of exceptional importance to Germany in the search for solutions to the global challenges of the 21st century. The political framework is based on interlinked strategies at both European and national level to intensify cooperation.

Many of the Eastern Partnership countries offer attractive conditions for cooperation. They provide excellent research expertise and in some cases attractive research infrastructures as well as well-trained, gifted young scientists.   This potential could be harnessed in research partnerships with Germany that would benefit all those involved.

Since 2008, the Ministry has been supporting smaller research cooperation projects with CIS countries (including the Eastern Partnership countries) with regular calls for proposals in science and technology cooperation (STC). This funding, open to any topic, covers exchanges of experts and young scientists as well as workshops with partners in the region.  The projects funded by the BMBF address regional needs such as improvements in agricultural production, integrated nature conservation planning or monitoring changes to the landscape.

The agreements and declarations of intent were brought to life by the publication in autumn 2012 of bilateral STC calls for proposals coordinated with Armenia and Moldova relating to the joint support of project-related mobility, meetings of experts and thematic project planning workshops. The projects funded cover an exceptionally wide range of research areas, from health and nutrition, energy and climate to communication and key technologies. A third bilateral STC funding announcement with Armenia was published in spring 2021.

The BMBF regularly publishes calls for proposals to 'promote partnerships for sustainable solutions to problems in developing and emerging countries' under the title 'Research for Development'. A fourth funding announcement of this type was published in August 2019.

Cooperation in the context of EU projects

The Federal Ministry of Research and Education’s bilateral research partnerships were supported by the EU project EaP PLUS (2016-2019). The aim was to enhance the political dialogue between the countries of the EU and the Eastern Partnership in research and development and to facilitate access to the European Research Area for researchers from the region.

The BMBF was also involved in the EU projects Black Sea Horizon and RI-LINKS2UA ('Strengthening Research and Innovation Links towards Ukraine') .

Last but not least, the Ministry's commitment at European level is expressed by its participation in the EU Commission's 'Eastern Partnership Panel on Research and Innovation' (EaP Panel).