The cooperation between Germany and Ukraine in the fields of science, technology and innovation as well as education has a long tradition. It has gained additional significance from the political developments since the 'Revolution of Dignity' in the winter of 2013/2014 and from the prominent role of Ukraine in the European Union’s neighborhood policy. 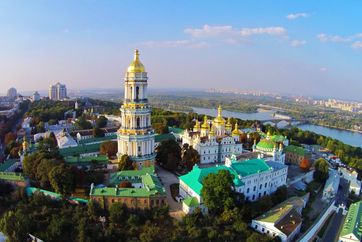 In principle, subsidies can be granted for measures listed in the current announcements  as part of the bilateral cooperation in research and education between Germany and Ukraine.

In addition, cooperation between German and Ukrainian institutions takes place both in the context of the EU`s Neighbourhood Policy and in an international context. The cooperation between the EU and Ukraine in the fields of science and technology is based on a corresponding association agreement of March 2015, which also lead to new perspectives for Germany to intensify research cooperation with Ukraine.

Cooperation partners on the German side are predominantly universities and institutions of the Fraunhofer Association, the Helmholtz Foundation, the Max-Planck Society and the Leibniz Association; the Ukrainian partners are primarily the institutes of the National Academy of Sciences of Ukraine as well as universities.

The joint working group on Science and Technology Cooperation (STC) focuses on bilateral support for numerous German-Ukrainian research projects. The joint call 2016 was the first to promote structural and strategic support measures for Ukraine at the initiative of the Federal Ministry of Education and Research. Bilateral networking and consultancy projects support the ongoing restructuring processes of the research landscape, science management and technology transfer in Ukraine and are oriented towards the following structural and strategic objectives:

The next step towards increased institutional cooperation between Germany and Ukraine is a call for proposals for the establishment of German-Ukrainian Centres of Excellence in Ukraine, which will be published in November 2019.

In the context of the Federal Government’s Ukraine Action Plan, the BMBF together with German science and intermediary organisations initiates and manages demand-oriented measures in different target areas in Ukraine, such as to internationalise universities and research institutions, increase the research performance of universities, and restructure the National Academy of Sciences in Ukraine. In this context, the following bilateral events and meetings took place (selection):

The mentioned events were co-implemented and financially supported by the BMBF, while the International Bureau at the DLR Project Management Agency provided content and organisation. Further information on successful cooperation projects can be found under success stories.

Cooperation in the context of the EU / Multilateral cooperation

In the EU context, the bilateral cooperation with Ukraine designed by the BMBF is supplemented by a number of EU projects. Here are some of the projects in which the International Bureau of DLR Projektträger participated: