5.4 million people worldwide suffer from chronic altitude sickness. About 10% of the population of Bolivia is affected, i.e. 1.15 million people. “Excessively thick” blood impairs mental and physical performance and causes a large number of secondary diseases such as heart failure and dementia. There is currently no cure.

An estimated 250,000 people suffer from chronic altitude sickness on the Bolivian plateau alone (altitude approx. 4,000 m). The body normally reacts to these altitudes by increasing the quantity of new red blood cells formed by about 20-30%; however, in cases of altitude sickness, this reaction overshoots the mark many times over. The volume of red blood cells can only be reduced by descending to lower altitudes.

As there is currently no way of obtaining precise scientific measurements of the additional production of red blood cells, it is also impossible to perform any reliable evaluation of potential treatments. The project, which will run until January 2017, has therefore set itself the task of determining blood volumes in patients with chronic altitude sickness during the first stage and evaluating possible treatments during the second. These treatments consisted of three-week interventions involving 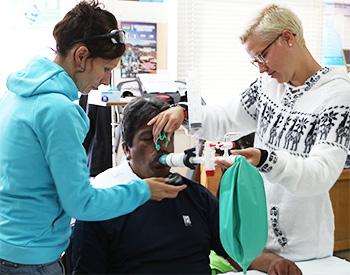 If the results obtained in the pilot project are confirmed in further, more extensive studies, it will be possible to recommend specific efficient treatments. These could involve moving to lower altitudes, oxygen treatment or concomitant treatment with medication. As the majority of those affected belong to the poorest part of the population, it is unlikely that any significant profit will be generated – at least in South America – even though the treatments are likely to become widespread.

The medical problem of chronic altitude sickness affects the population living at altitudes above 3,200 m. This means that large parts of the Bolivian and Peruvian population in South America and the Tibetan population in Asia are at risk. International cooperation between international health and research organisations and the countries affected is therefore essential. However, only selective studies by scientists with a personal interest have been performed to date; these need to be better coordinated and controlled in the future. In this particular project, special mention must be made of the exceptionally effective cooperation between the partners, i.e. the combination of competence and practical experience in the everyday treatment of patients with altitude sickness on the Bolivian side, and the introduction of innovation measurement techniques on the German side. This means that the project was implemented very effectively and obtained optimum results. 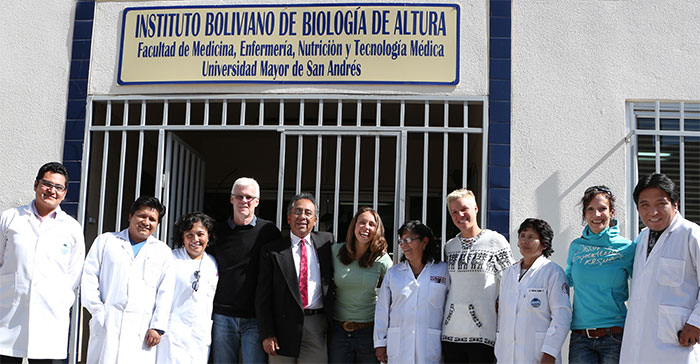 Special results and successes of the measure

The results of the first part of the project show that the volume of red blood cells increases to up to three times that of a healthy individual, thus placing a huge strain on the heart. The initial results of the treatment also show astonishing tendencies. Within 3 weeks of moving to the lowlands, the volume of red blood cells was reduced to that typical of a healthy female. The improvement in the signs and symptoms of the disease was also remarkable. The measures involving oxygen inhalation during the night and medication-induced increases in respiration were not quite as effective as the descent to the lowlands, but still brought about significant improvements. Even at this early stage, the conclusion can be drawn that the best treatment is for the patient to move the centre of his life to the lowlands. If this is not possible, it should be established whether constant oxygenation during the night could lead to an improvement in the long term. The treatment with medication was also successful. In this case, the possibility of long-term side-effects must be investigated. A combination of all these measures would also be possible.

Further information is available in this brochure (page 17).