Medical technology has enjoyed an overall dynamic development in Germany and is in a good position in research as well as in industrial implementation. It is an innovative area with great relevance for the future, which not only contributes to better health care for the population but also creates jobs and prosperity. 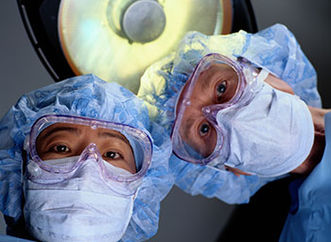 In the context of the campaign, medical technology focused on six key innovation areas:

The ability to continually innovate technologically is of crucial importance for Germany to be able to stay strong in international competition in medical technology in the medium to long term, and to maintain and expand its competence and market shares. Access to globally available knowledge constitutes an important framework condition in this respect.

In order to make the competence of Germany in medical technology even more visible across the world, the Federal Ministry of Education and Research (BMBF) launched a themed campaign called “Germany – Partner for Medical Technology” in November 2011 under the auspices of the international marketing initiative “Research in Germany – Land of Ideas”.

During the two-year campaign, the BMBF presented selected networks, research institutions, universities and companies at international specialised events – such as the annual meeting of the Radiological Society of North America, RSNA, in Chicago in 2012 and 2013, or the 12th National Life Science & Technology Week IATI-BioMed in Tel Aviv in 2013. With their joint presentations, the campaign participants reached an audience consisting of around 185,000 experts. The networks were able to set up around 50 completed or planned research cooperations and establish contact with more than 1,000 scientists and companies in target countries, such as the USA, Israel or Brazil.

At a concluding conference in Erlangen in February 2014, which was attended by the official campaign participants and numerous other guests from Germany and abroad, the BMBF drew the conclusion that the themed campaign had been successful.