Nanotechnology is viewed as one of the most important future technologies with the greatest opportunities in the world. Germany has high R&D competence in this technological area. The Federal Ministry of Education and Research (BMBF) drew greater attention to this abroad in an international marketing campaign. 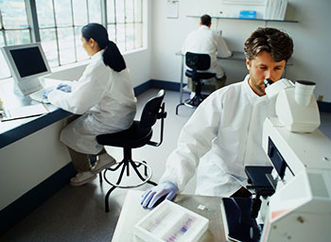 The use of nano-particles opens up new material properties and effects, such as in automobile construction, textiles and in medicine. As a result, the nano-cosmos adds a new area for the product innovations of the future. Today, nano-structured paints and lacquers are already in use, especially where these are dirt and water-repellent. Nanotechnology enables greater capacity data storage. In the future, nanotechnology is to play an important role in meeting energy needs and in developing more effective medications.

Nanotechnology was chosen as a forward-looking topic to advertise Germany as a location for innovation. The BMBF advertised Germany as a location for innovation in nanotechnology in selected target countries between October 2007 and December 2009 in the context of an international location campaign. During this campaign, German research institutions, competence networks and research-focused companies presented their services and competences on international platforms.