The European cosmetics industry has a growing interest in raw materials from non-genetically modified renewable resources. One of these is levulinic acid. South Africa on the other hand seeks to enhance the value chain of its sugar cane industry. In this project, partners from Germany and South Africa developed a sustainable process, in which levulinic acid can be produced from biomass based on sugar cane using a gentle method of catalysis.

The European cosmetics industry has a growing interest in a "gentler" production method of the dermatologically important basic substance "levulinic acid" from non-genetically modified renewable resources. In South Africa, on the other hand, there is an urgent need to enhance the value chain of the sugar cane industry and the mills located at the beginning of the production chain, which reaches beyond the well established bioethanol production that faces sharp economic competition. 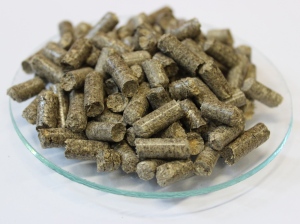 The project now combined both approaches: a sustainable process was developed for the waste sustance sugar cane bagasse, which had previously only been used as a solid fuel: now levulinic acid can be produced from the biomass via the use of heated water under high pressure and a subsequent gentle catalysis. As this process is in technological competition with other methods, the project was complemented by an economic assessment of possible industrial applications.

Levulinic acid is one of the twelve most important basic materials with biomass origin, which are processed in the chemical / life sciences and fuel industries, both currently and long-term. The process, jointly developed during the project period, differs from the established direct conversions by recycling waste materials, which have no value for the food industry, but also by using sustainable reactants such as water or unproblematic acids. As expected, the process is more complex and involves higher costs. Accordingly, the following influencing factors have been described in greater detail on the German side in cooperation with TUHH's Institutes of Thermal Separation Processes, and of Environmental Technology and Energy Economics:

The patenting and licensing of the procedure was not yet achieved within the project's reporting period.

The cooperative objectives of the partners involved – the competitive use of bagasse (South Africa) and the use of a newly developed, sustainable technology for the further development of biomass (Germany) – were complementary.  Parts of the work were integrated into several dissertations both on the South African and on the German side. The project partners contributed actively to the international networking through the regular deployment of scientific staff, the involvement of an SME in Germany and an SME network in South Africa, as well as by organising two academic and public workshops. 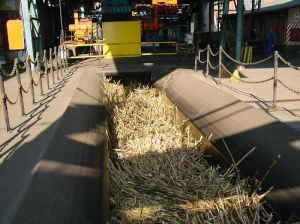 For the German consortium partners, the funding provided an ideal opportunity to also use a high-pressure conversion facility for alternative annual plants, which can only be found in non-European cultivation. In the current market environment, lignocellulose biorefinery requires a highly cross-linked supply of raw materials. This is rarely achievable in Europe.

Valuable insights into the economics of fine chemistry from biomaterials were obtained in the  reference scale of 40 L, which is relatively large for university dimensions.

Parts of the work are published in several dissertations and journal publications on both the South African and the German side.