Information on the cooperation with France 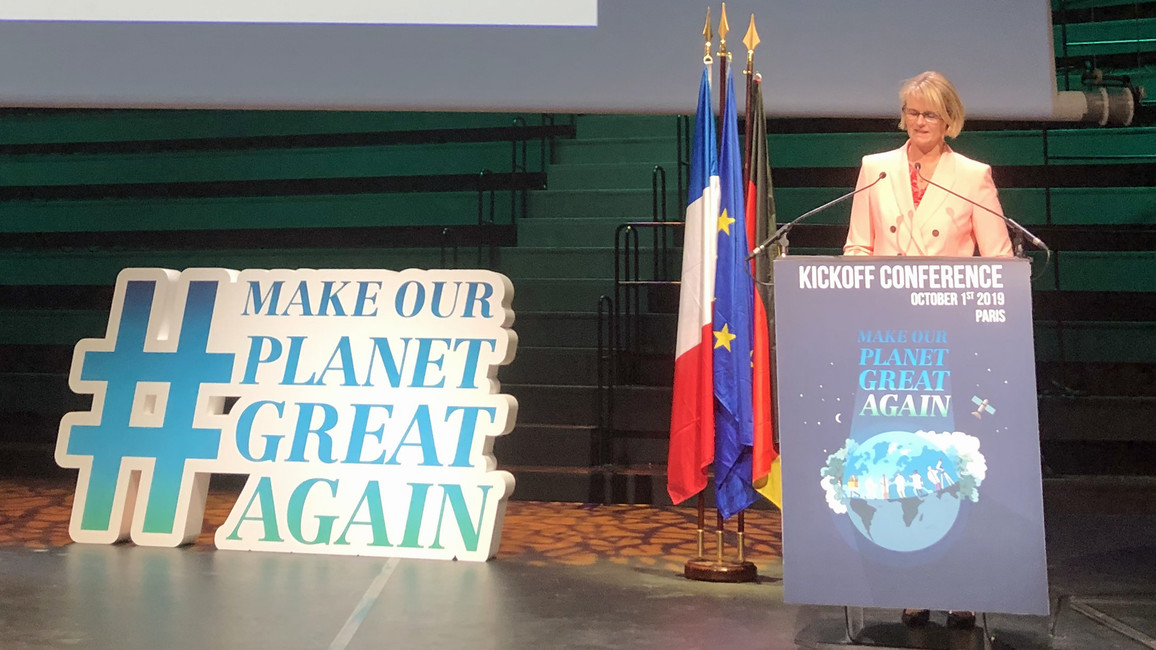 'Our children and children's children can expect us to do everything we can to achieve climate neutrality by 2050', Minister Karliczek said at the MOPGA conference © BMBF / Bjoern Schulte

For the first time, the conference brought together scientists from the fields of energy, earth system and climate research who were funded by the initiative in Germany and France. It also provided researchers with the opportunity to adopt a joint statement calling for a stronger role for science in the fight against climate change. In addition, lectures by renowned speakers provided new impulses for the exchange between the approximately 200 conference participants from science, society and politics.

Both Research Ministers welcomed the statement prepared by the scientists leading up to the conference, which calls for a strong role of research in the fight against climate change.

Federal Research Minister Karliczek: 'Our children and children's children can expect us to do everything we can to achieve climate neutrality by 2050. With the decision of the Climate Cabinet, a new chapter on climate protection has been opened in Germany. It is important to understand the effects of climate change, master its consequences and stop its acceleratiion with new technologies. To do this, we need technologies and innovations that are thought through and developed right through to application. Therefore, it is good that Germany and France are already working together closely in the research initiative "Make Our Planet Great Again".'

Minister for Higher Education, Research and Innovation Vidal: 'The fight against climate change is a fundamental challenge for our societies. The initiative "Make our Planet Great Again" expresses the will to unite all the forces of research for this purpose. France and Germany are sending a clear signal to Europe and the world. It is a pleasure for me to welcome today the 55 award winners who will be working in the host organisations and universities of our two countries.'

Funded by the German Federal Ministry of Education and Research (BMBF) and implemented by the German Academic Exchange Service (DAAD), the 'Make Our Planet Great Again - German Research Initiative' programme goes back to the 'Make Our Planet Great Again' initiative by French President Emmanuel Macron. With the initiative, both countries intend to contribute to achieving the climate goals and thus take responsibility for the urgent climate issue by funding thirteen projects in the German part of the programme and 42 projects in the French part of the initiative.The BMBF provides a total budget of 15 million euros. Up to 1.5 million euros are available to the individual research groups.The Projects will have a span ov 4 years, and will run from mid-2018 until the end of 2022.

DLR-PT supports BMBF and DAAD in the field of climate system research. With its specialist expertise, DLR-PT has supported the selection of the reviewers for the initiative, the monitoring of the advisory committee as well as the professional exchange within the framework of the kick-off.