Jonathan Goldstein, the Israel correspondent for the prestigious US medical technology news service, Medical Device Daily, praised the delegation from Germany: “Perhaps of all the Europeans, the Germans have been most active in encouraging links with the Jewish state. Along with a close diplomatic relationship over many decades the size and innovativeness of the German powerhouse are likely to be key factors in generating collaborative energy.” 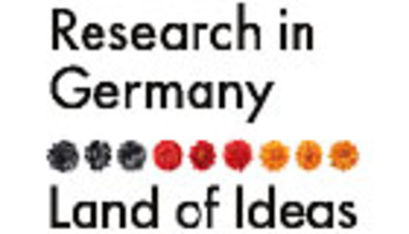 The reason for the consistently positive press coverage of the German participation at this year's 12th “National Life Science & Technology Week – IATI-BioMed”, in Tel Aviv from 10 to 12 June, was the major commitment demonstrated by four German research networks at the national lead exhibition for the medical technology and life science industry in their presentation for the professionals attending. At the invitation of the German Federal Ministry of Education and Research (BMBF), the 3-D Imaging in Medicine, BioNanoMedTech, Molecular Imaging Network and PlasmaMedicine networks had travelled to Israel to present the milestones and future perspectives of their innovative research projects in the fields of medical imaging and plasma medicine at IATI-BioMed. On the initiative of German Trade & Invest (GTAI), speakers from the networks also reported on their research activities and discussed common ground and development potential with Israeli scientists during a panel discussion within the main programme of the IATI.

Under the banner of the successful motto, “Germany - Partner for Medical Technology”, for its current themed campaign promoting Germany abroad as a centre of innovation, the BMBF presented the clusters from Erlangen, Munster, Greifswald and Kiel at the exhibition of the Israeli life science industry accompanying the congress, an industry whose lively and highly professional start-up segment has met much international acclaim. At the joint BMBF stand, the Federal Ministry promoted contacts between German networks and experts from academia and entrepreneurs alike, and invited students at the universities of Tel Aviv, Jerusalem and at Ben Gurion University to a scientific “get-together”. Tobias Zobel from the Central Institute for Medical Technology (ZiMT), which co-ordinates the activities of the 3-D Imaging in Medicine research network at the Friedrich Alexander University of Erlangen-Nuremberg (FAU), looks back: “By our presence at the IATI, we wanted to raise the awareness of our technical medical expertise in the Nuremberg Medical Valley European Metropolitan Region and the FAU, as well as to identify potential partners for scientific co-operation and also student exchange. All our expectations were more than exceeded!”

The other members of the delegation arrived at similar positive conclusions, with a constant stream of entrepreneurs from across Israel, and interested medical professionals and journalists visiting the German “Meeting Point”. The trade press was fascinated by the intense discussions on the opportunities for scientific collaboration and co-operation in technical development at the stand of the German Ministry of Education and Research, and reported extensively on the interest in the scientific topics and innovations in medical technology presented by the Germans. Dr Christoph Riethmueller, Managing Director of Serend-ip GmbH, at the Centre for Nanotechnology (CeNTech) in Munster, commented “The large number of constructive discussions with numerous concrete declarations of intent, have raised the bar of this event, in terms of quality, far above the usual standards.” According to the spokesman of BioNanoMedTech, the research network was able to initiate scientific co-operation in two cases, as well as to obtain a distribution agreement. “This certainly exceeded all our expectations,” said Dr Riethmueller.

The successful outcome of the IATI also confirmed the opinion of Dr Georg Schuette, State Secretary at the Federal Ministry of Education and Research, who, in advance of the delegation trip, had stated that scientific progress is no longer achieved in individual countries but rather through collaboration and exchange between leading scientists worldwide. “Participating in leading industry and scientific events in selected target countries all over the world, the supported research networks and the BMBF aim at initiating new international research and development projects and at partnering up with foreign research partners from academia and industry. Israel with its innovative research and start-up community, especially in life sciences, is an important partner country for German scientists and engineers,” said Dr Schuette.