62 EU-Russian projects will be funded with a total of 20 million EUR.

On 1/2 July 2015, 20 funding parties from Austria, Belgium, Estonia, Finland, France, Germany, Latvia, Moldova, Poland, Romania, Slovakia, Switzerland, Turkey and Russia met at Saint Petersburg State University to take a final funding decision on multilateral research projects to be funded in the framework of the ERA.NET Plus project with Russia, an initiative supported under the EU’s Seventh Framework Programme for Research (FP7). 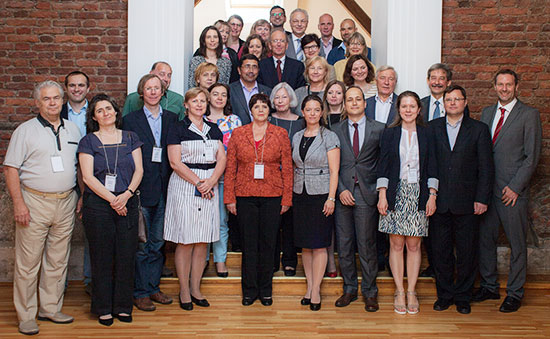 Officially launched in November 2013, the overall aim of the ERA.NET Plus initiative is to encourage durable partnerships and strengthen the coordination of national research activities. The project will also help to further enhance transnational funding of research between Europe and Russia.

With an overwhelming number of 300 proposals submitted within the two funding lines 'S&T' (nanotechnologies, environment/climate change, health, social sciences and humanities) and 'Innovation', the ERA.NET Plus project has clearly demonstrated the tremendous interest of European and Russian researchers in implementing joint research projects despite the currently strained political relationship between Russia and the EU.

With 62 funded projects (44 in S&T/18 in innovation) and a financial volume of EUR 20 million of the national and regional funding parties and the European Union, the ERA.NET Plus initiative is considered to be a huge success, both in Russia and the EU. It has become not only the largest geographical ERA.NET, but also a flagship and leading initiative in the EU-Russia science cooperation. Thus, the initiative will further enhance the significance of the EU-Russian partnership and help to reach a new strategic level in EU-Russian science cooperation with benefits for European and Russian S&T communities, policy-makers, economies and societies alike.