The main objective of the OECD is to improve the life of humans across the world both economically and socially. It offers governments a forum to exchange information and find solutions to joint problems. The International Bureau (IB) supports the Federal Ministry of Education and Research (BMBF) in contributing to the OECD.

The OECD science ministers met for the first time after eleven years in october 2015 in South Korea. Germany introduced its high-tech strategy and reported on the G7 Minister of Science conference in Berlin.

22 of the current 28 member states of the EU are also OECD members. This includes the founding member Germany. The European Union likewise participates in the work of the OECD. The OECD membership process for Russia, which had commenced in 2007, was paused in March 2014 due to the crisis in Crimea. The OECD is planning to collaborate more closely with the emerging economic powers of Brazil, India, Indonesia, China and South Africa (BIICS) and has therefore termed them “key partners”. Some of these countries already took part in meetings of the education and research committees. This still applies to Russia, too.

The OECD is becoming increasingly globally oriented through dialogue intensification and cooperation with non-member countries throughout the world.

The OECD makes a contribution to dealing with the issues of globalisation and its consequences through analyses and studies. The OECD provides governments with a framework, which enables them to exchange their political experiences, find solutions to joint problems, present recommended practices and work towards coordination of national and international policies.

The Federal Ministry of Education and Research is contributing to the OECD member state committees, which are responsible for education and research policy. These committees decide on which projects and studies are carried out and how funds are allocated. The findings of the projects are discussed and finally approved for publications. The International Bureau supports the involvement of BMBF in OECD committee work with its technical expertise.

The increasing importance of education policy work in the OECD was taken into account in 2002 with the establishment of the Directorate for Education and Skills. The work schedule for the projects, which are focused primarily education-policy, is coordinated in the Education Policy Committee (EDPC), in which the Federal Government is represented through the BMBF and the federal states are represented through the Education Ministers Conference. The Centre for Educational Research and Innovation (CERI) is working on its own work programme with education research projects, which includes social and economic aspects. It is directed by the CERI Governing Board.

Germany is taking part by participating in the relevant panels in the design and further development of the flagship publication of the Directorate for Education and Skills, "Education at a Glance".

Germany also participates in PISA (Programme for International Student Assessment), the globally famous, international school performance study, which measures the competences of 15-year-olds in the core subjects of mathematics, reading comprehension and natural sciences. Germany also participated in the new OECD project to determine the competences of the adult population (PIAAC).

In the 2015-16 programme phase, Germany is working on the OECD project on vocational training,“Workbased Learning", and on a project on questions regarding the management of complex education systems (”Governing Complex Education Systems”).

The BMBF represents Germany in the Committee for Science Policy CSTP and participates in the development of flagship publications “Science, Technology and Industry (STI) Outlook "Science, Technology and Industry (STI) Outlook", which were all published in the last two years (most recently in autumn 2014). An extensive questionnaire provides the OECD Secretariat with information about German research and innovation policy. The OECD Secretariat evaluates these together with statistical data and publishes the results in the STI Outlook (Brief country profile for Germany).

The tasks of the International Bureau include the preparations and follow-up for OECD committee meetings (the two education committees EDPC and CERI and the science committee CSTP) as well as coordinating the OECD Secretariat’s requests for information. It also supports the communication and performance of OECD project work and of major publications: Education at a Glance, STI Outlook and those from the flagship projects PISA and PIAAC.

Outcomes of the cooperation 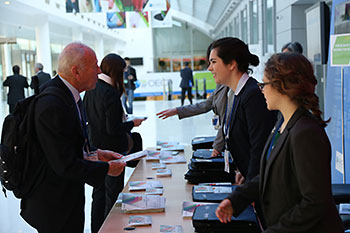 (The following links to OECD publications offer a read-only version or, if you are an OECD iLibrary subscriber, also a PDF version, which can be downloaded.)

Successful innovations in the German science system are publicised even more with the help of the OECD: For instance, German experiences with promoting excellence were introduced at the OECD Global Forum on Knowledge Economy in Istanbul in October 2013. These also influenced the OECD publication „Promoting Research Excellence“, which was published in February 2014 (German case study).

The BMBF and the Japanese Ministry of Research MEXT jointly financed an OECD study on six countries in South-East Asia, which was published in 2013. This for the first time gathered information on the research and innovation systems of these countries, which can be used as input into the further design of the cooperation.

The OECD opened up a new topic area with the study „Meeting Global Challenges Through Better Governance“, which is based on a German initiative. The International Bureau was entrusted with the administration of the grant to the German Institute for Development Policy. The background of the study was the fact that it has become increasingly urgent in recent years to deal with challenges such as climate change, global health and food security by making joint research efforts across countries. The publication provides detailed information and analyses, e.g. on the work of the International Food Agency, the network of the international agricultural research centres and the Bill & Melinda Gates Foundation (focused on health). The report offers a number of recommendations regarding the future design of the multilateral cooperation to deal with global challenges.

In education, the „Report for Germany by the OECD vocational training project “Skills beyond School“ was published in 2013, and in 2015, the case study for the BMBF programme “Lernen vor Ort (Learning on Site)” was released in the context of the OECD project “Governing Complex Education Systems”. The International Bureau provides supporting services for both of these. The IB also contributed to the extensive Profile of Germany published in the OECD series “Education Policy Outlook”, including providing final editorial services.