The island states in the Pacific are some of the world’s most threatened by the effects of climate change. At the same time, these states have enormous land and forestry resources at their disposal for counteracting the consequences of climate change. 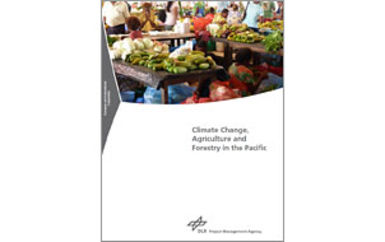 Pacific islanders connect great expectations with the results of the World Climate Conference in Paris (COP21), in which the states agreed on the first climate agreement that takes all the countries in duty. During the climate conference in France, the countries have agreed to limit global warming to below two degrees.

The Melanesian islands are more densely forested than any others in the Pacific: more than 50-80% of Fiji, Papua New Guinea, the Solomon Islands and Samoa are covered by forest. Papua New Guinea alone is home to the world’s third-largest area of intact tropical rainforest, which is the habitat for 7% of all the world’s plant species and terrestrial life forms, while the Solomon Islands have the highest concentration of endemic birds on the planet.

The forests in Papua New Guinea, Samoa, the Solomon Islands, East Timor, Tonga and Vanuatu are globally important for the preservation of biodiversity and could make a major contribution to tackling climate change. However, the countries have to stop the shrinkage of their forests – otherwise they will quickly lose their ecological and commercial value for the global climate.

The new study investigates the general conditions for science, technology and innovation (STI) so that solutions can be developed for the challenges that exist. Politicians, scientists and investors get recommendations on the strategies with which research, development and innovation could be linked sustainably and effectively in the agricultural and forestry sector.

The political framework is also investigated: the EU is the second-largest investor in the Pacific after Australia – the intention is not only to stimulate economic growth, but also to foster sustained development.

Published by the International Bureau, the study was created as part of the EU-funded programme PACE-Net and is available in English.

Download "Climate Change, Agriculture and Frestry in the Pacific" as PDF (1 MB)