Further information on the cooperation with China

The network meeting of the German-Chinese Alumni Network (DCHAN) in Beijing on 13-14 May 2019 was marked by constructive discussions between German and Chinese cooperation partners, as well as interested local Chinese and German alumni. 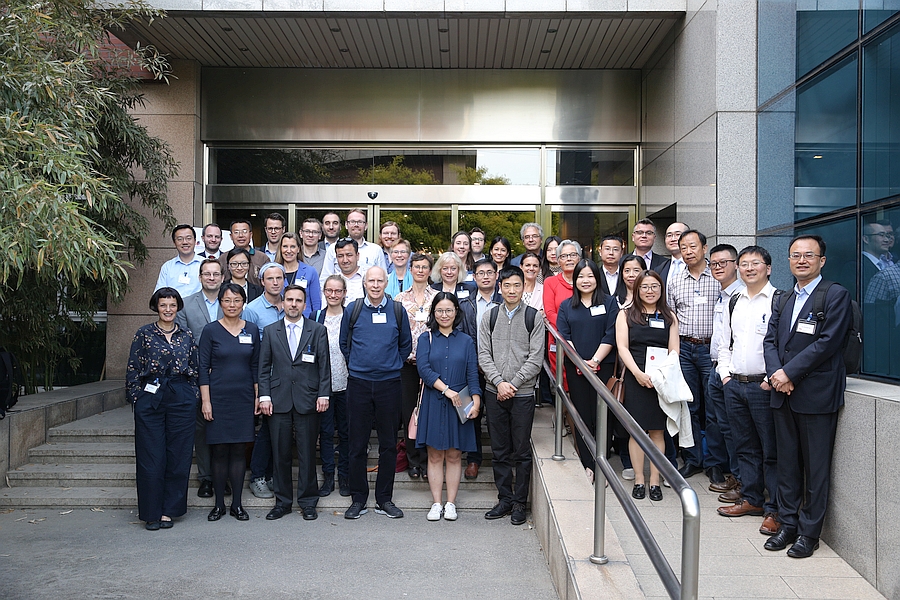 DCHAN – German-Chinese Alumni Networks – is a funding measure of the Federal Ministry of Education and Research (BMBF) for topic- and subject-oriented networking of German and Chinese alumni. The DLR Project Management Agency is responsible for implementing the three-year funding programme with a budget of around 3.5 million euros.

The aim of the event was to strengthen internal and external professional networking and, as a result, enhance the appeal of the network. Particular attention was paid to networking with the Chinese partners of the specialised networks, Chinese Germany alumni and German alumni in China.

The event was held at the Chinese-German Center for Science Promotion (CDZ). In total, more than 50 DCHAN members and external participants took part.

For the external part, Chinese alumni of the Western Returned Scholars Association (WRSA) in Germany and Chinese and German scientists were invited via the European EURAXESS network. Current topics including innovation, knowledge and technology transfer were discussed from Chinese and German perspectives and experiences in dealing with administrative challenges for German-Chinese cooperation were exchanged. Several legal issues were addressed, such as the different application of intellectual property rights in the field of artificial intelligence in China and Germany.

The internal part of the event was used for intensive cooperation between the German and Chinese specialist network members, both within the network and in interdisciplinary exchange with the seven specialist networks in the fields of urbanisation, entrepreneurship, logistics, humanities and social sciences, mechanical engineering, neurosciences, psychosomatics and psychotherapy.

The event ended with an open networking opportunity, which was widely used.

The next public DCHAN event will be the closing event in Berlin in the summer of 2020 , at which results from the cooperation projects will be presented. High-caliber guests from science and politics are expected to attend.