Information on the cooperation with China

The global spread of the corona virus also has psychosocial consequences which already become visible in China. DCHAN members are analysing these and working on solutions to deal with them whilst supporting the people affected. The project enables bilateral exchange between German and Chinese experts and grants access to experience in China. It can thus make an important contribution to dealing with the current crisis, which will benefit Germany as well. 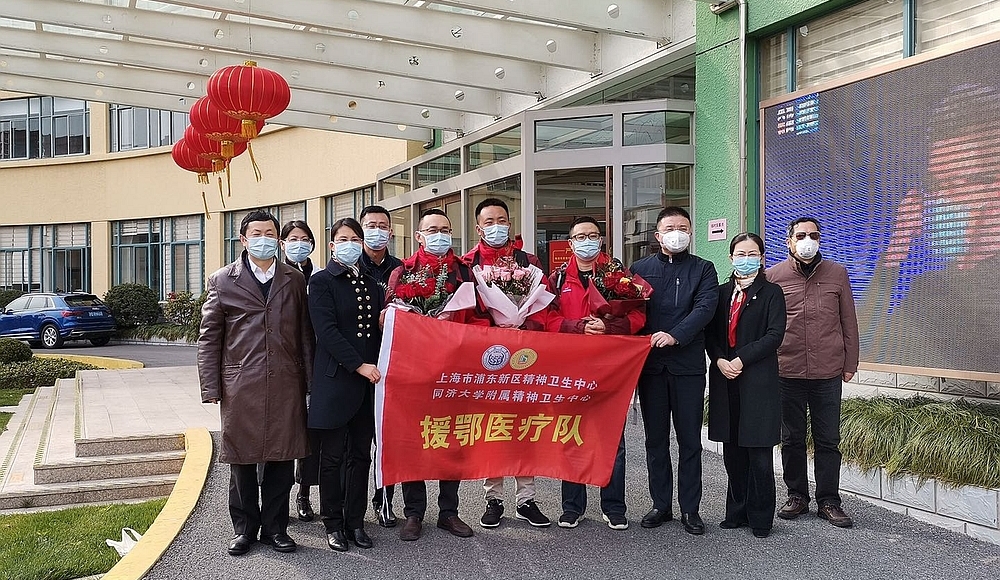 German-Chinese science cooperation can make an important and sustainable contribution to solving global social problems. This has been shown several times in the work of the German-Chinese Alumni Network (DCHAN), which was launched in 2017. DCHAN members are now actively involved in the psychological crisis intervention in China.

The BMBF-funded network of experts, which now has more than one thousand members, unites German and Chinese scientists as well as specialists and stakeholders from business, politics and society in both countries. They research and cooperate on current topics in 7 fields, including  psychosomatic medicine and psychotherapy.

Expert knowledge in this area is currently very much in demand in China. Because of the corona pandemic, millions of people are quarantined there; among them 11 million in Wuhan City alone. At the beginning of the epidemic, resources for medical care were scarce and in many cases the course of the disease was severe. The Chinese population, affected patients, relatives and especially the involved medical staff have to deal with extreme emotions of panic, shock, confusion, anger, grief, guilt and helplessness. This acute crisis situation leads to many psychosomatic and psychological complaints. These must also be addressed in crisis management.

The Alumni Network for Psychosomatic Medicine and Psychotherapy (DCAPP) makes an important contribution to this. For the past two and a half years, experts from Heidelberg and Freiburg university hospitals, together with their Chinese cooperation partners (at Tongji University, West China Sichuan University in Chengdu and the Beijing Union Medical College Hospital), have been very supportive in the development of disciplines that so far have largely been neglected in China, including psychosomatic medicine and psychotherapy at Chinese teaching hospitals and universities, thereby doing pioneering work. In the current crisis, their expert knowledge is not only used to advise Chinese health authorities on psychological crisis intervention. Many of the Chinese physicians, psychologists and nurses trained by DCAPP in psychosomatic medicine are also providing support on site.

Prof. Zhao Xudong, head of the Pudong New Area Mental Health Center in Shanghai, is one of the DCAPP project partners. Together with other colleagues, he led a crisis session on the mental stress of the population as the corona virus spread further. The Chinese National Health Committee has already developed guidelines on 'psychological care for the population in need' from the results. In addition, his team recently sent three psychiatrists to Wuhan for support, including a participant of the DCAPP mentoring group, a training programme for young researchers in psychosomatic medicine.

Dr. Li Wentian, also a member of the DCAPP mentor group and head of clinical psychology at the Mental Health Center in Wuhan, is responsible for the psychological service in Wuhan, the place where the virus originated. Prof. Wei Jing and Prof. Zhang Lan, cooperation partners of DCAPP, take turns in heading the psychological emergency service in Beijing and Chengdu. All of the above-mentioned doctors currently offer supervision for dealing with people in a state of emergency (including panic, grief, anxiety, depression, traumatisation), look after their medical staff under severe stress and provide psychological care for seriously ill patients, which extends to palliative work. Hotlines have been set up that are supervised by psychology specialists. Free online courses on the subject of 'mental health' and 'psychological self care' are made available to the population and the overworked medical staff. These measures are coordinated by the Governmental Committee for Health and the Committee for Psychological Counseling and Psychotherapy.

Dr. Li Wentian recently analysed initial statistical data from his psychological service in Wuhan City and shared this information with the DCAPP members. 2144 hotline calls were evaluated in the period from 4 to 20 February 2020, with the following findings:
Among the callers, 47.3% had anxiety, 19.9% ​​had trouble sleeping, 15.3% had somatoform symptoms, 16.1% had depressive symptoms and 1.4% complained about other emotional states (such as loneliness, tiredness and restlessness). 39% of the callers were looking for support in coping with everyday tasks (including shopping, transport, dealing with a medical diagnosis and treatment and acquiring protective masks). 19.6% reported anxiety, agitation, and insomnia caused by media reports about the epidemic and society's response. 15.7% reported panic, chest tightness, and physical symptoms without suspected pneumonia (somatoform symptoms). 4.3% suspected symptoms of pneumonia and were concerned about a possible infection. 21.4% had other psychosocial problems (such as family conflicts and problems at work).

Emotional stress can also manifest itself in the form of physical complaints such as palpitations, shortness of breath, chest tightness, gastrointestinal complaints, dizziness, headache, difficulty falling asleep and nightmares. The extent of the long-term psychosocial consequences of the coronavirus, which is spreading globally, will only become apparent in the coming months. However, this time we are in a better position than during the SARS crisis. The work done to prevent longterm traumatisation will help to deal with negative consequences. In the last few months since the virus outbreak in China, the DCAPP project has maintained close technical cooperation with its Chinese colleagues. In this context, the alumni specialist network serves as a platform and infrastructure for quickly exchanging and passing on competence and specialist knowledge, establishing contacts and initiating cooperation. Now that the epicentre of the pandemic has moved to Europe, these immediate experiences are very relevant not only for the Chinese network members, but also for their German colleagues. This can help to improve the situation in Germany. The work of the specialist network is now more important than ever.

For information or questions about the work of the Network for Psychosomatic Medicine and Psychotherapy (DCAPP) please contact Prof. Dr.med. Jonas Tesarz at Heidelberg University Hospital.

The coordination of the alumni networks and public relations are supported by the German Academic Exchange Service (DAAD) as part of the DCHAN accompanying project. Scientific and funding guidance for the projects is provided by the International Bureau of DLR-PT, the Project Management Agency of the German Aerospace Center (DLR). For general questions about the German-Chinese alumni networks (DCHAN) please contact  Dr. Nicola Hartlieb at DLR-PT.