Viable human breast cancer tumours have been cultivated on a “Carcinoma Chip” in order to test drugs on human tumours. These are intended to reproduce the conditions in the human organism that precipitate carcinogenesis and tumour growth by providing the tumour tissue with a continuous supply of nutrients through a microcirculatory system – similar to the human cardiovascular system.

All previous in-vitro tumour models were status cultures that could not be constantly flushed with a supply medium. This means that supplies to the tissue were limited. The project also involved the establishment of a breast cancer cell bank by the project partners in Moscow.

A generation of innovative chips for early-stage drug testing on human tumours has been developed and is now ready for use. No property rights have been registered. Intellectual property came into existence in the form of manufacturing processes and process expertise. It is anticipated that the newly-developed chip technology will be ready to launch in the market segment for tumour cell testing within the next 2-3 years.

In terms of funding policy, the mobility measure, which was concluded in April 2015, had the goal of strengthening cooperation between German and Russian research institutions; this target was achieved by intensifying the partnership between the TU Berlin and the Russian Academy of Medical Sciences. The results were published in two scientific publications issued in 2015. Both institutions have established spin-off biotechnology companies  – TissUse and BioClinicum – using the results of this project and will continue cooperating in the long term. 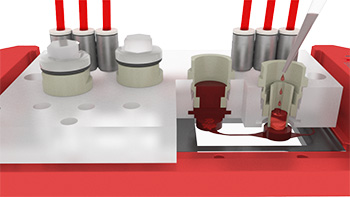 Once the project is concluded, the next step will be to test the newly-developed system on clinically relevant material. The Carcinoma Chip is pictured in fig. 1a. One of the two supply circuits has been cut open, showing how the tumour tissue can be cultivated in the Chip. 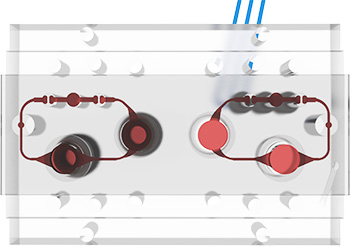 Fig. 1b: Underneath the Carcinoma Chip © TissUse GmbH

Fig. 1b shows the bottom of the Chip with the arrangement of the two separate circulatory systems, each with two larger culture chambers for the tumour tissue and three smaller, consecutively arranged valves which constitute part of the system’s artificial micropumps. 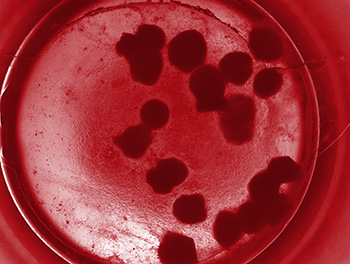 A breast cancer cell bank has also been established in Moscow. The work, which was originally to be performed with breast cancer cells, was performed inside the test Carcinoma Chips using lines of model tumour cells from the human liver, human intestine and human kidney. These tumours, which grow both adherently and in spheroids (ball-shaped aggregates consisting of several thousand tumour cells), can be cultivated reproducibly in the Carcinoma Chip for up to 28 days provided they are continually flushed with nutrients. Fig. 2 shows one of these spheroid tumour cultures after 14 days inside one of the Chip’s culture chambers.