Now in the fourth year since it was founded, the Strategic Forum for International S&T Cooperation (SFIC) has become established as a committee in the European Research Area, which is referred to at many various points in political processes for international research cooperation. 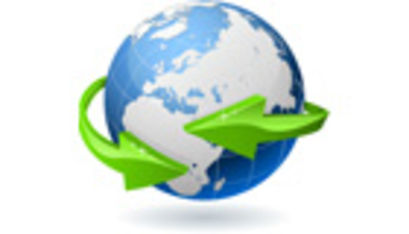 In general, the external dimension of the ERA is gaining importance. At the end of November 2011, the Commission put forward its proposal for the new "Horizon 2020" framework programme for research, which will replace the 7th Research Framework Programme as of 2014. International elements in "Horizon 2020" are to be enhanced. In the coming months, options for how to enhance international cooperation in "Horizon 2020" and better focus this on SFIC activities will be discussed in the Council Working Group and in SFIC.

The ERA does not just consist of the research framework programme of the Commission however, but also comprises cooperation from Member States – on a multilateral or European level. It is anticipated that in 2012 the ERA groups in which Member States and the Commission sit together – SFIC (international), SGHRM (mobility), the Knowledge Transfer Group, ESFRI (infrastructures), the High Level Group for Joint Programming (GPC) – will discuss which initiatives could develop an international dimension and how SFIC can provide support.

The new BMBF internationalisation framework programme is also aimed at linking international and European S&T policies. SFIC could take on an important role, where logical, to implement national policy goals across a European platform. This does not apply to all areas but also to cases when Germany is no longer perceived as a strategic partner alone or where contacts and experience from other Member States could be of help.

The aim of the committee is to work continually towards internationalisation of the European Research Area (ERA). The Commission and the international S&T Member State activities and programmes are the basis for this and should be more closely coordinated where it makes sense to do so, in order to increase the overall competitiveness of Europe and make Europe more attractive for investment in science and technology. The IB supports the BMBF in giving Germany an active role in the committee.

The first meeting of SFIC took place at the beginning of 2009 and Germany assumed the role of chair for two years. In its communication dated 24 September 2008, the European Commission drafted a strategic framework for international cooperation in science and technology, which was implemented by the European Council on 2 December 2008 with the conclusion for establishing a strategic forum for international S&T cooperation. Finland has held the position of chair since the beginning of 2011.