The German-Turkish Year of Science has time and again shown one thing to be true: that nothing works better than a face-to-face meeting. As well as taking part in the official opening of the Turkish-German University (TDU), Federal Minister of Education and Research Prof. Dr. Johanna Wanka attended a number of political meetings during her visit to Turkey to discuss bilateral co-operation. Her itinerary also included visits to German institutions and meetings with scientists. 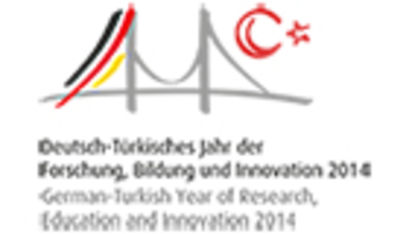 The first stop on Wanka's visit was the capital city of Ankara on 28 April, where she met her Turkish counterpart Fikri Işık to discuss co-operation in the German-Turkish Year of Science and beyond. The meeting was also attended by Yücel Altunbaşak, the President of Turkey's Scientific and Technological Research Council (TÜBITAK). The talks centred around the new 2+2 bidding procedure (a programme organised by the BMBF and TÜBITAK to promote R&D projects with the involvement of science and business), the upcoming Turkey weeks at German universities, the closing event for the German-Turkish Year of Science in Turkey and planned science exhibitions.

During talks with Turkish Minister of National Education Avci, Wanka took the opportunity to raise the issue of bilateral co-operation in vocational training. The discussions covered options for increasing the acceptance of dual education amongst people of Turkish origin living in Germany, along with plans for a joint conference on dual education set to take place in Turkey as part of the German-Turkish Year of Science.

Visit to the German School and METU in Ankara

Alongside the political talks, Wanka's itinerary for 28 April included a visit to the well-equipped German School in Ankara, where she was impressed by the high level of commitment demonstrated by the school's leadership team and teaching staff in providing the pupils with an internationally-oriented education. The intercultural benefits of the school for children from both German and Turkish cultures were unmistakeable.

Wanka also visited the Middle East Technical University (METU) together with Federal President Gauck. METU, one of Turkey's largest and best-known universities, is an official partner of the German-Turkish Year of Research, Education and Innovation 2014 and is involved in the collaboration between the two countries through schemes such as the BMBF-sponsored project "Professional networking of women in IT".

Opening of the Turkish-German University (TDU) in Istanbul

The second leg of the visit saw Wanka travel to Istanbul, where she took part in the official opening of the TDU by Federal President Gauck and Turkish President Abdullah Gül on 29 April, one of the highlights of the German-Turkish Year of Science. In the series of discussions with TDU students that followed the opening ceremony, Minister Wanka announced that the BMBF will be providing an additional €2 million over the next two years to attract highly qualified scientists to the TDU.

The visit concluded with a tour of the Orient Institute in Istanbul (OI). The OI is supported by the BMBF and is one of the most important German institutions in Turkey in the field of humanities research. Wanka was impressed by its wide-ranging research areas, its high level of scientific competency and the degree of commitment it shows in fulfilling its scientific role in the network between two cultures and religions. The OI is also running several projects as part of the German-Turkish Year of Science.

"I am delighted to be able to gain an impression of the diversity of the German-Turkish partnership on science and education here in Turkey," said Wanka in summary of her visit to Turkey. "Talks with my fellow ministers have shown that education and research are becoming increasingly important in German-Turkish relations".