The professional dancer, judge and television presenter Motshegetsi "Motsi" Mabuse is the ambassador for the German-South African Year of Science 2012/2013. The South African grew up in Pretoria and has lived in Germany for more than twelve years. She is now supporting the bilateral activities of the Year of Science. 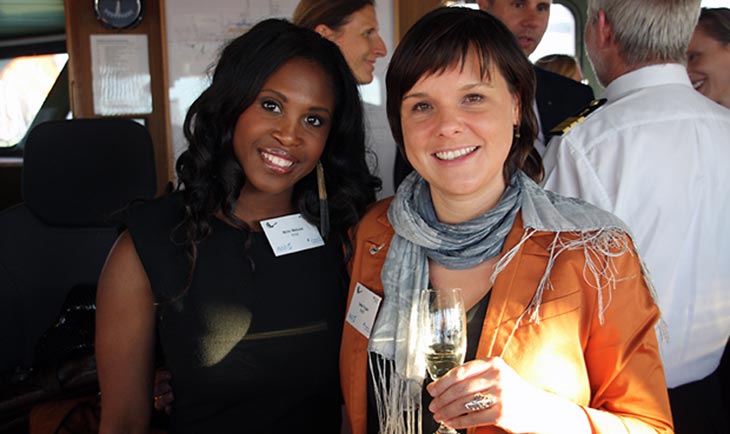 In Germany, Motsi Mabuse is known in primarily for her work on TV shows such as ‘Let’s Dance’ and ‘Das Supertalent’ and as the South Africa expert for the television channel ARD during the 2010 football world cup. Now she wants to draw attention to the important scientific collaboration taking place between Germany and South Africa. “Since living in Germany I have never lost my love for my home country. I am therefore thrilled to be supporting the activities of the Year of Science. Germany and South Africa both face great challenges, which we are best able to tackle together,” said Mabuse about her involvement.

Within the scope of the German-South African Year of Science 2012/2013, a number of events relating to bilateral research and science projects have taken place since April 2012. These were selected for funding by the German Federal Ministry of Education and Research (BMBF) and the South African Department of Science and Technology as part of a joint ideas competition.

About the international science years

With the German-South African Year of Science 2012/2013, the German Federal Ministry of̈ Education and Research (BMBF) is continuing the series of international science years with strategically important partner countries. Since 2006, the science years and country campaigns with a focus on science and research have been successfully carried out in co-operation with countries such as China, Brazil and Russia.